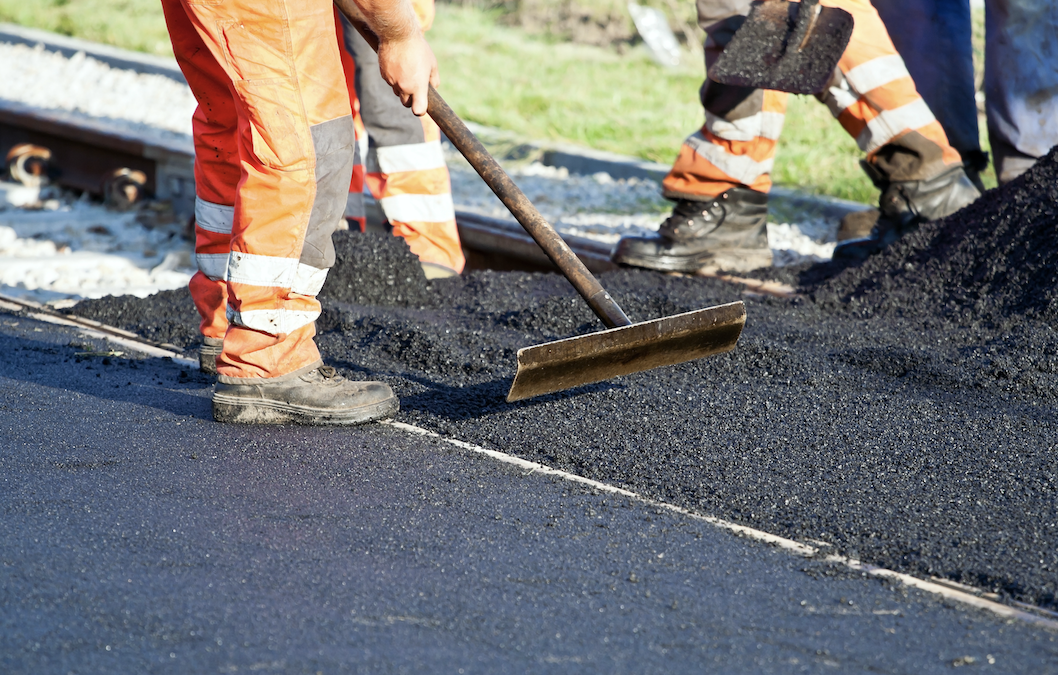 MARQUETTE — Using targeted technology as well as low-cost, system-wide improvements, Michigan Department of Transportation (MDOT) projects across the Upper Peninsula this year have been designed to make roads safer.

MDOT safety projects are part of a larger effort to help move the state Toward Zero Deaths (TZD). Since 2010, MDOT has collaborated statewide with law enforcement officials and first responders to promote this important national highway safety strategy, including posting year-to-date fatality totals in their offices and on roadside dynamic message signs. These efforts are raising awareness of traffic safety challenges in Michigan.

It’s an effort that extends well beyond education, though. MDOT’s Superior Region, which encompasses the entire U.P., has addressed safety concerns with specific road projects and system-wide improvements.

“Many projects this year are aimed at moving the Superior Region Toward Zero Deaths,” said Jason DeGrand, region operations engineer. “Safety is the top priority at MDOT and our designers continue to integrate safety features into the design and planning of upcoming projects.”

One major 2020 safety project is a queue detection and warning system on the I-75 approach to the International Bridge in Sault Ste. Marie. Using sensors, the system will detect backed-up traffic and automatically activate flashers on yellow “Watch for Backups” warning signs along the highway approach. Additionally, an electronic message board will be set to alert drivers with a similar message.

“The system addresses rear-end and sideswipe crashes that can occur when traffic backs up from the toll plaza at the International Bridge,” explained Justin Junttila, region traffic and safety engineer with MDOT.

MDOT is investing about $422,000 to build the system and make freeway lighting upgrades in the area. The project was funded through state and federal intelligent transportation systems sources.

Another 2020 safety project on US-2 in Hudson Township along Lake Michigan involves building right-turn lanes and installing truck warning systems. Graymont Mine is using portions of Borgstrom Road and US-2 to haul raw material to a dock along US-2, resulting in an expected 200 truck trips per day in the area. MDOT partnered with Graymont on a grant application to fund the installation of the lanes, allowing trucks to make safer turns.

The system detects semi-trucks or other high-profile vehicles approaching the US-2 intersections with Borgstrom Road or the Sand Products driveway and automatically activates “Trucks Entering Roadway” signs on US-2 in advance of both locations. The right-turn lanes in both locations will improve traffic flow and reduce the potential for rear-end and sideswipe crashes.

Safety improvements were also a major part of a $5.3 million project this year to resurface 9.6 miles of US-41 from Hancock to Calumet in Houghton County. Along with a new road surface, safety improvements in the area included realigning Boston Road, installing a left-turn passing flare, and closing access points to US-41 from two other roads.

“Limiting access reduces the number of conflict points, the locations where vehicle paths merge or cross, and thereby the crash potential,” Junttila said.

Other TZD efforts over the past year have great potential for crash reduction and increased safety:

Delineators (posts with reflectors to outline the roadside in low-visibility conditions) are being placed along US-2 west of Dickinson County and along M-28 from Alger County to Gogebic County. MDOT is investing about $350,000 to install about 250 miles of delineators this year. The goal is to install them along both major east-west highways across the entire U.P. These 4-foot-high reflectors are a low-cost, systemic safety improvement to help prevent lane departure crashes, the most common type of fatal crashes in the peninsula.

Another road feature that can help reduce lane departures, mumble strips, are variable-depth rumble strips for use on narrower asphalt shoulders (less than 6 feet). They were installed on more than 380 miles of state highway around the U.P. this construction season. Until recently, MDOT only used rumble strips on wider shoulders. Mumble strips, pioneered in Minnesota and tested in previous years on several stretches of highway in the U.P., are designed to create less noise outside of the vehicle but have the same effect of alerting the driver.

The statewide TZD safety campaign parallels a national strategy on highway safety. While traffic crash deaths continued to decline last year, roadway safety remains one of the most challenging problems facing our state and our nation. The number of people killed in U.S. traffic crashes in 2019 was 36, 096, down 2 percent from 2018, according to preliminary statistics from the National Highway Transportation Safety Administration (NHTSA). This year as the COVID-19 pandemic hit, the total traffic volume decreased by more than 16 percent nationwide in the first six months of 2020. Because traffic volumes decreased more sharply than fatal crashes, the traffic fatality rate per vehicle miles traveled is expected to increase, which concerns traffic safety experts.

In Michigan, as of Oct. 27, 842 people had died on roadways, an increase of 56 compared to 2019. In addition, 4,367 were seriously injured. In the U.P., the data through the end of October showed 22 fatalities and 161 serious injuries, down slightly from last year at the same time.

“We’re encouraged by the decline in fatalities last year but this year’s trend is concerning,” said Junttila. “It just shows that now is not the time to take our focus off safety. MDOT will continue to work on specific projects and system-wide efforts to build a safer transportation network for all users.”

This article appeared in The Daily Press, for more, click here.