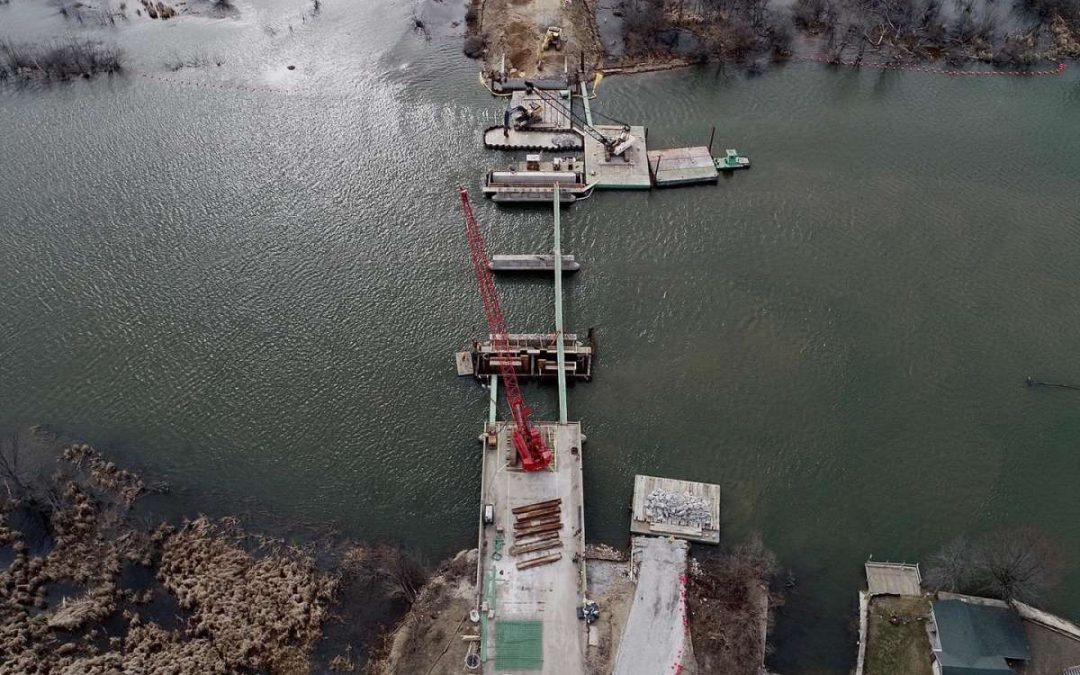 MANISTEE — Michigan Department of Transportation recently shared some unique views of the progress that is being made to replace the M-55 bridge in Manistee Township.

Work to replace the 89-year-old bridge which began in December 2020 is scheduled to wrap up in November.

In addition to replacing the original structure, work includes relocating sanitary sewer and a water main, as well as private utility relocations, according to MDOT. There is also the bridge approach and road work taking place on both sides of the bridge.

James Lake, communications representative for the Michigan Department of Transportation’s Northern Region, said in a previous interview that contractors started at the middle of the bridge and are working outward.

The bridge was originally built in 1931 and underwent its last major maintenance when it received a new superstructure — the beams and deck — in 1985. The new bridge will have two piers and three spans, whereas the old one had four piers and five spans.

“They have completed pouring the concrete footing for Pier 2 — that would be the southeast pier — and they are beginning to place steel structure for the pier columns that will be poured on top of that,” Lake said in early March. “It sounds like the concrete for that pier column could begin as early as this week. And then Pier 1 — the one to the northwest — is being prepped inside the cofferdam for the concrete footing.”

The bridge goes over the Manistee River, which is designated a “Wild and Scenic River.” This means strict limitations on when the contractor can be working in the water. These limitations affect the construction schedule and are intended to minimize the risk of disturbing fish while they spawn in the area, MDOT officials have said.

MDOT’s contractor for the bridge project is Milbocker & Sons of Allegan, a company that has been around more than 50 years. The contract is worth $10.3 million and the new bridge is expected to last 75-100 years.

This article appeared in the Manistee News, for more, click here.