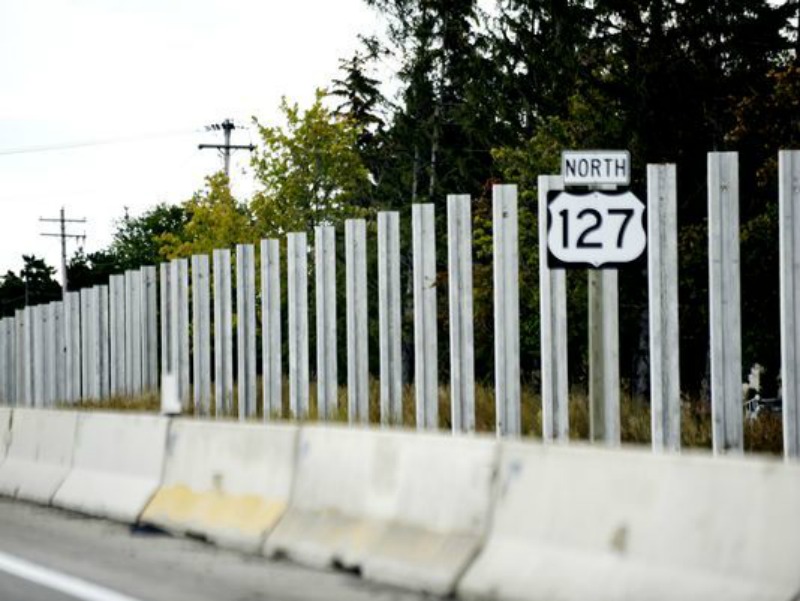 LANSING — Placing bets on how long the Spartans football season will last this year?

Will it last longer than construction on the sound wall along U.S. 127?

Construction signage and free-standing posts for a half-built wall have sat idle for more than a year along the expressway.

They could wait there a month longer while a subcontractor finishes 1,400 panels for the final section of sound wall, according to Kari Arend, a spokeswoman for the Michigan Department of Transportation.

The sound wall project started in March 2016 and was supposed to be finished by Oct. 14 of that year. Instead, the project has experienced consistent delays, resulting in potentially thousands of dollars in fines.

The wall will include an 18-foot-high noise barrier along northbound U.S. 127 between Grand River Avenue and Lake Lansing Road, and a 700-foot extension of the existing wall on the east side of the freeway.

The $6 million project dates back to a 2012 noise abatement analysis that showed the walls were needed after MDOT expanded the expressway in 2011 and 2012.