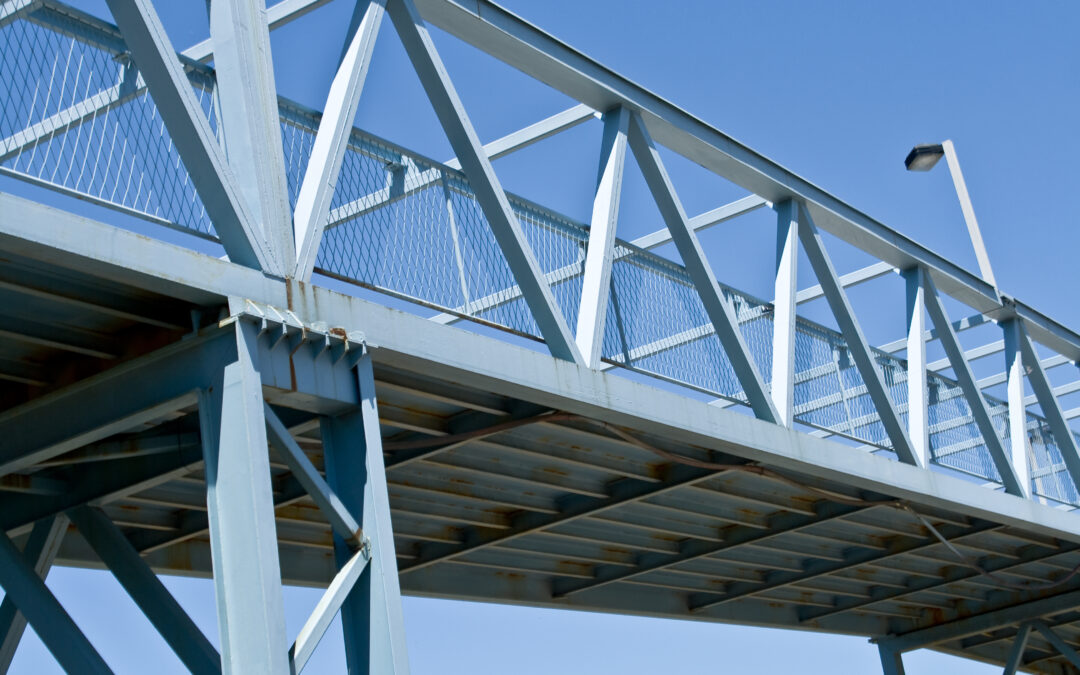 DETROIT (WXYZ) — After a man fell through the Spruce Street pedestrian bridge over the Lodge Freeway in Detroit earlier this month, many wondered why it took the Michigan Department of Transportation almost a week to respond to the incident.

MDOT says it was not aware of the incident until six days later. The Detroit Police Department told 7 Action News the officer who responded to help the victim left a voicemail about the gaping hole with the city Department of Public Works.

But there was a problem: There were so many voicemails that it took staff about a week to get to that warning. By then, journalists had made sure MDOT knew and could close the bridge to protect the public from a dangerous fall.

The collapse raised questions about the conditions of pedestrian bridges across metro Detroit.

On the Spruce Street bridge, you see potholes and decay. One step ended in an almost worst-case scenario.

“It just collapsed under my feet and I fell 15 to 20 feet onto concrete,” said Elijah Hydes, who says he fell through the bridge while walking to a Detroit Tigers game on May 9.

Hydes survived falling to the concrete shoulder next to the lodge with a back injury, cuts and bruises.

“That bridge should not have anyone walking on it,” he said.

MDOT closed the bridge until it can be repaired.

“It is extremely frightening. We cross a lot of pedestrian bridges and you don’t think twice that it is going to fall,” Todd Scott, executive director of the Detroit Greenways Coalition, said.

The coalition works to make sure that pedestrians and bicyclists have safe ways to travel.

He says they complained about the condition of the Spruce Street bridge to MDOT before this happened. His coalition also raised concerns about the safety of the Vassar pedestrian bridge over the Southfield Freeway, which MDOT then closed because it is not safe.

It raises several other questions: Are our bridges safe? Are they inspected enough? 7 Action News stopped at the bridge on Brooklyn Avenue right by Wayne State University to get pedestrian thoughts on the conditions.

“There are a couple potholes throughout the bridge that you can actually see,” Christal Sims of Detroit said. Any pedestrian can see that the concrete has fallen from the structure of the bridge and below the bridge.

People using the Brooklyn Avenue bridge who heard about what happened on Spruce Street are concerned that that could happen to them.

“I am looking at the little crumbles. But also, it makes me wonder how often they check to see if it is safe,” Knar Topouzian said.

“We have guidelines, so it is a minimum of every 24 months or 2 years if it is in fair or good condition. As it deteriorates, we look at it more,” Chynoweth said.

Pedestrian bridges are not included in the National Bridge Inventory, which shares bridge conditions online. The law only requires information be shared on bridges that carry traffic. As a result, statewide, we are waiting to learn how big of a problem this is.

We asked Chynoweth how many of these bridges are in poor condition.

“I can certainly get it for you. We are pulling inspection report information,” he responded.

MDOT did provide some data on the 68 pedestrian bridges in Wayne County. Right now, seven are closed because they are simply unsafe. One is in serious condition, 10 are in poor condition, 16 are in fair condition and 41 are in good condition.

“When the freeways go up, you divide the neighborhood up and the pedestrian bridges connect it back up,” Scott said.

The Detroit Greenways Coalition is concerned that our aging bridges will be torn down and not replaced unless we start planning now.

“It makes you nervous. Should I go this way? Should I go that way?” said Sims, who wants to know which bridges are in poor condition.

7 Action News is working to get the data.