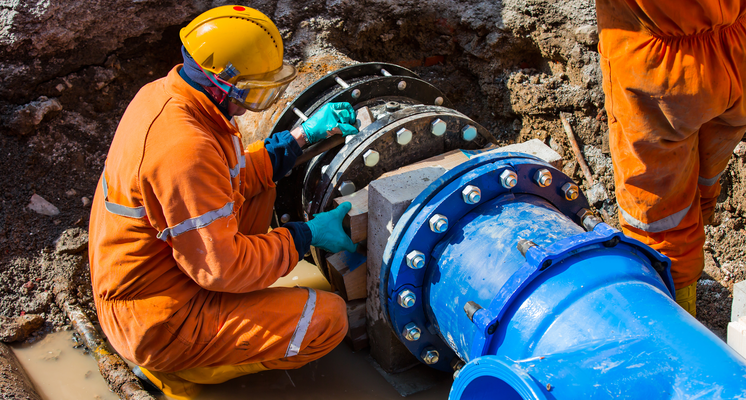 I recently talked to Mike Nystrom, executive vice president of the Michigan Infrastructure & Transportation Association, who served on the infrastructure commission. His association members are the contractors who “are attempting to rebuild Michigan’s infrastructure–water lines, sewer lines, roads, bridges, dams–and I say attempting because we have been putting on band aids when what we need is major surgery.”

Part of the problem, Nystrom says, is that while we all notice bad roads and crumbling bridges, we don’t often think about what’s out of sight, underground.

“We don’t tend to notice underground infrastructure problems unless there is a sink hole in our neighborhood or when our drinking water is tainted in some way,” he says. “That is when we tend to react and realize we have problems.”

Nystrom admits that the price tag for fixing Michigan’s problems is daunting. The commission report estimates an annual investment gap of $4 billion over two decades.

“We can’t just throw money at the problem, and I don’t want folks to think all of that money will come from one source,” he says. “We are not going to see some huge state income tax or sales tax increase.”

“You need the public engaged; once people fully understand the problem, they tend to support solutions.”

“We certainly have to look to the federal government for help, and we have to reprioritize our spending focus at the state level,” Nystrom says.

According to Nystrom, Michigan’s 6.4 percent capital spending on infrastructure is well below the 10.2 percent national average and even further below the regional average.  That has to change.