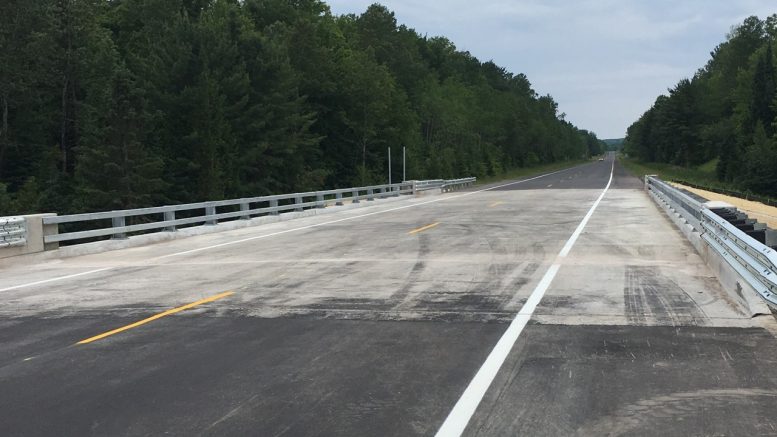 SKANDIA — The M-94 Bridge over the Chocolay River is officially open over two weeks ahead of schedule, after a $1.8 million project.

This bridge covering the east branch of the Chocolay River, was closed back in October after a four-culvert system failed during a flood event leading to the wash out of a large section of the roadway. According to the Michigan Department of Transportation, the failed culverts were replaced by a 129 foot concrete single-span bridge, with a lifespan of 75 years.

Contractors also worked on reshaping and stabilizing the stream bed beneath the bridge.

“The bridge has a much different design, much better at handling a large flood event on the Chocolay River, should one of those happen again. The event that took out those culverts was estimated to be about a 100-200 year flood event so it’s not something we expect to see very often but this new bridge certainly has a greater capacity to handle flood waters,” said Michigan Department of Transportation Communications Representative, Dan Weingarten.

Emergency funding was used in this project to get the road back in service. MDOT worked with the Marquette County Road Commission on driving conditions of the previous detour that was in place.

The work was completed earlier than anticipated due to an early spring and efficient work by contractors.