Kildee Says “Like New” Zilwaukee Bridge An Example For Infrastructure 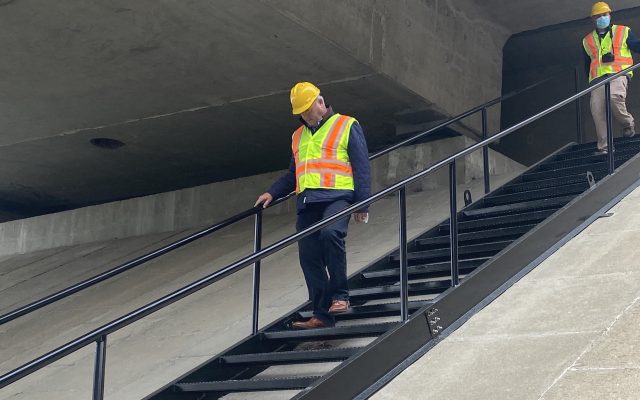 Congressman Dan Kildee says the Zilwaukee bridge should be the example used when rebuilding the nation’s infrastructure.

Kildee toured the interior of the bridge with MDOT officials, saying that with the upkeep done on it it looks nearly brand new.

While at the bridge, he discussed the $621 billion from the American Jobs Plan for transportation infrastructure and $115 billion to modernize roads, bridges and highways that are in the most-critical need of repair.

He says the reason the bridge is in such good shape despite being built in the 1980’s, (and something many cities and states need to keep in mind when it comes to infrastructure repair) is long term upkeep.

With the investments in Michigan infrastructure proposed in the Jobs plan, he adds good-paying jobs to build and repair the roads and bridges will follow.

This article appeared in WSGW. For more, click here.