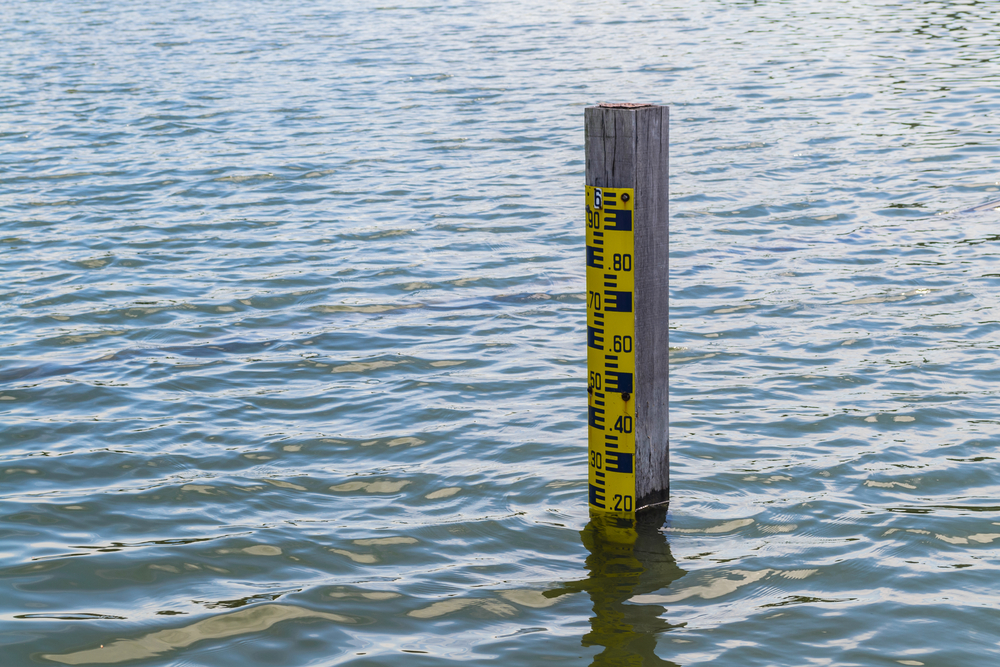 The rising Great Lakes are scouring, flooding and undermining roads and bridges around the state, and nowhere is the economic uncertainty more visible than in these shoreline towns.

At least $25 million will be needed to keep the causeway connecting the fraternal Muskegon County communities of Whitehall and Montague above water if Lake Michigan keeps rising, according to the Michigan Department of Transportation.

The bridge is the priciest fix among 40 roads and bridges that state officials say need immediate and long-term attention. Already, the U.S. 31 business route is reduced from four to two lanes so pumps can keep water off the lower approaches. It was closed a handful of days last year.

“If that were to happen on a regular basis or a permanent basis, it can really paralyze both towns,” said Amy VanLoon, executive director of the White Lake Area Chamber of Commerce.

This pair of lake towns with a combined population of 5,000 year-round residents may have one of the worst emerging infrastructure problems due to Lake Michigan’s record-setting water level.

But they’re far from alone.

Across the Lower Peninsula, the mitten is soaked, causing untold economic damage to communities that depend on tourists and infrastructure to sustain their way of life.

The draft list prepared by MDOT in February estimates nearly $6 million is being spent now and more than $111 million could be needed for roads compromised by historically high water.

The list reads like a connect-the-dots of scenic spots along the shores of each peninsula. Inland road slopes and shoulders are also awash. Each site has a price tag, short and long term.

In Leelanau and Benzie counties, banks along the famed M-22 byway are collapsing from shoreline erosion, including 600 feet of shoulder at the 45th Parallel, sweet spot of the Northern Hemisphere.

M-25 along Michigan’s Thumb could need $34 million long term for culvert and bluff erosion in Huron, Sanilac and St. Clair counties, according to MDOT.

In the Upper Peninsula, the Tahquamenon River threatens M-123 upstream from its famous falls. U.S. 2 is now just a foot or so above water along Big Bay De Noc. An estimated $9 million would be needed to raise or replace two bridges.

And that’s just the mainland.

On Mackinac Island’s east side, a section of M-185 has collapsed, requiring $1 million now and perhaps $6 million in future repairs to stabilize the lakeside road that’s mainly used by bicycling tourists and horse-drawn carriages on the island with almost no cars.

Lakes Huron and Michigan’s water levels were recorded at 581.56 feet in January, the highest level for the month of January dating back to 1918, when the U.S. Army Corps of Engineers started tracking lake levels. That’s more than 5.5 feet higher than the all-time low recorded in January 2013 during a sustained drought that forced harbors and canals leading to the Great Lakes to be dredged.

The Army Corps’ six-month forecast in February predicts higher lake levels this spring and summer after a winter with less evaporation and more water runoff than usual, said Lauren Fry, a hydrologist in the Army Corps’ Detroit district office.

“Water levels will just naturally go up this time of the year, but that’s happening on top of already high levels,” Fry said.

Still, some of the estimated $111 million for long-term fixes may not be necessary should water levels recede, said Brad Wieferich, MDOT’s head of project planning and design.

No one can say when that might be; the Great Lakes only recently emerged from a yearslong drought.

“The water situation in Michigan is real,” Whitmer said Feb. 25 at an event in Detroit. “We’re going to be seeing incredible issues because of it. … We’ve got enhanced road problems because of that, and it’s going to take enhanced resources to fix that.”

For now, MDOT’s road maintenance money for pothole patching, crack filling and road grading is being diverted for riprap, armor rock and whatever else quarries can mine to replace washed-out shoulders and brace the pavement itself against total collapse.

“Most of it is just the sandbagging and armoring and just trying to hold what’s there,” Wieferich said.

“If it continues, then we’re going to have to dip into capital projects funds,” Wieferich added, perhaps shaking up the state’s five-year road and bridge plan.

Whitehall and Montague are former lumber and tannery settlements on opposite sides of where the White River enters White Lake, five miles from Lake Michigan. There is one bridge between them.

Today, the communities are intertwined as if by that single strand. Fourth of July parades march from one downtown to the other. School-of-choice students pass on the bridge, about 100 each way, the area chamber’s chief says.

Their economies depend on tourists, from the iconic Dog Suds drive-in just off the bridge — one of 17 left in the nation — to WaterDog Outfitters next door for paddlers and peddlers.

“Most of our customers come through Whitehall,” said Rob Crabtree, an employee at Johnson’s Great Outdoors. The sporting goods store, on a side street just off the bridge in Montague, was open late on a recent Sunday afternoon for ice anglers on White Lake.

“When the wind blows from the west, that can create havoc,” Crabtree said.

Pentwater, a popular Lake Michigan shore town 30 minutes to the north of Montague was hit worse, Crabtree noted. A seven-month detour in Pentwater was lifted in late November after Longbridge Road was raised more than two feet to account for the possibility that Lake Michigan won’t recede anytime soon.

Lake Michigan is pushing upward through Whitehall and Montague’s storm drains, leaving them vulnerable to being disabled during a big spring rainstorm, officials say.

“Especially when we get wind from the west, it was forcing water up the tube and onto the road,” Montague City Manager Jeff Auch said. “Right before Thanksgiving we had it closed down almost for a full day.”

For now, the four-lane bridge connecting Montague and Whitehall is reduced to two lanes. Stormwater drains are plugged. Pumps do the work for which the drains were designed. The west side is blocked for service vehicles and industrial sandbags.

“The fear is if they just raise the roadway that’s going to cause additional pressure on the bridge itself and that is becoming the weak point,” Auch said. The state is planning hydraulic studies to measure the impact, he added.

“When it closed for any period of time, we were down somewhere in the nature of 20 percent, which is a big number, especially in the off-season,” said Richard Kriesel, co-owner of Montague Foods. “If it closes for long, it is going to make it very hard for us to stay in business.”

Kriesel and his brother Jason bought the grocery store in 2017. Kriesel worked there when he was a teenager.

“Downtown Whitehall is a mile or less. If they take the highway, that is going to be almost seven miles and 10 minutes, depending on traffic,” Kriesel said. “What if a customer has a heart attack or needs medical attention?”

VanLoon, the chamber director, fears the water crossing will become a bridge too far for some.

“If it gets too inconvenient to go to X, Y or Z, they are going to go elsewhere,” she said. “Or they’re not going to go at all.”