It’s pothole season, and Michigan’s are among the nation’s worst, study finds 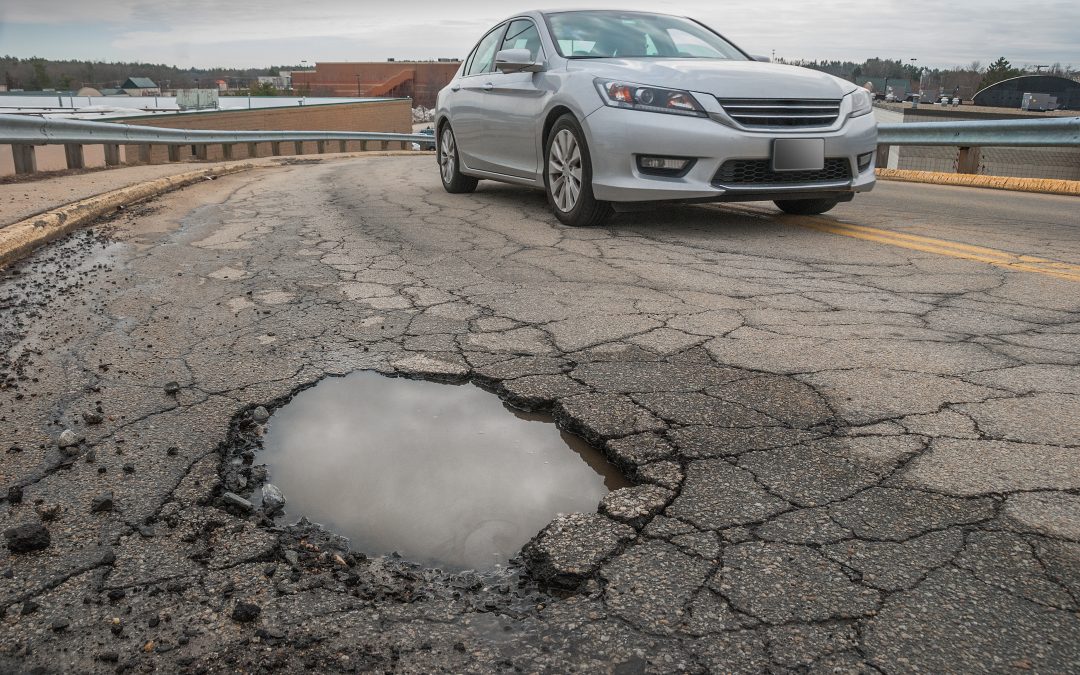 Some Michigan counties are amid one of the worst pothole seasons in years, pushing road crews to work overtime to make repairs.

Substantial rains in February followed by freezing temperatures created a mess on roads. Melting snow and ice seep into pavement, freeze, expand and thaw, then open holes in pavement that gets bigger as cars drive over them.

Michigan Department of Transportation spokesperson Tim Fischer said the state spends $6 million to $7 million a year to fill about 400,000 potholes. That’s in addition to the ones that counties and local communities fix.

“It’s too early to tell how this year compares to other years in terms of potholes — especially since the freeze-thaw cycle is just beginning,” Fischer said. “We’ve heard anecdotally that it’s bad, and I know first-hand it feels so when it’s your vehicle that ends up in the shop.”

“I would say it’s worse this year,” Heriford said. “My car got severely out of alignment and my wheel bearings were loose. It was a $600 car bill.”

Michigan’s roads are rough. The state is ranked 10 for having the worst road conditions in the nation and they’re underfunded. The Michigan Senate Fiscal Agency estimates it will cost $2 billion a year to fix the state’s roadways.

More than a third of Michigan roads are considered in poor or mediocre condition and a 2019 study claimed Michigan’s bad roads cost drivers another $648 per year in repairs.

Gov. Gretchen Whitmer promised to “fix the damn roads” when she campaigned for office in 2018, but failed in her efforts to raise the gas tax by 45 cents per gallon to raise another $2.5 billion per year.

Instead, she has scaled back her plans, issuing bonds to pay for repairs and investing some $4 billion over her tenure to repair more than 13,000 miles of roads.

Not everyone is miserable.

Jerry Carpenter, owner of Liskey’s Auto Truck Service in Lansing, said mechanics look forward to potholes because it carries them through a slow period.

“I’m probably doing 10 cars a day that come in with pothole damage,” Carpenter said. “(The road workers) can’t fill them quick enough. They fill them up and a couple of days later they open up again.”

The number of potholes needing patchwork forced Macomb County’s Department of Roads Director Bryan Santo to contract workers to assist with the load. Santo said his crews are working extended hours and weekends to fill the roads.

“Unfortunately, Mother Nature wreaks havoc as far as the severe freeze-thaw effects,” Santo said. “We all know why it’s happening, we’ve had a definite lack of funding for decades for Michigan roads.”

Santo said the department is trying to increase the number of roads in good or fair condition, but it has a lot of work to do. It would cost $2.3 billion to fix all of Macomb County’s roads, 784 miles of which are in poor condition.

“Hopefully, with some additional funding and concentrated effort, we’ll continue to make our poor roads into good condition and have a less effective pothole season. That’s the ultimate goal,” Santo said.

Craig Bryson, senior communications manager for Road Commission of Oakland County, said his agency received about 300 pothole complaints in a single day this past month but this pothole season isn’t hitting the county as hard as it has in the past.

In 2019, Oakland County reported a record 9,729 potholes. That number dropped to 2,057 in 2020 when the county resurfaced roads and the COVID pandemic kept many residents inside.

“We’ve put about 500 miles of new surfaces on roads over the last five years since the gas tax increase kicked in in 2017,” Bryson said, referring to an increase to 26 cents per gallon from 19 cents.

“That’s made a huge difference because most of the roads we resurfaced are the ones that were falling apart and where we spending huge amounts of time patching potholes.”

“Worn-out pavement is most susceptible to pothole forming conditions,” Fischer said. “The best defense against potholes is regularly scheduled maintenance and replacement which requires sufficient funding.”

Whitmer’s budget includes $6.3 billion to fix state and local roads, bridges, airports, transit and rail programs. About $1 billion of that will go to the state’s transportation budget.