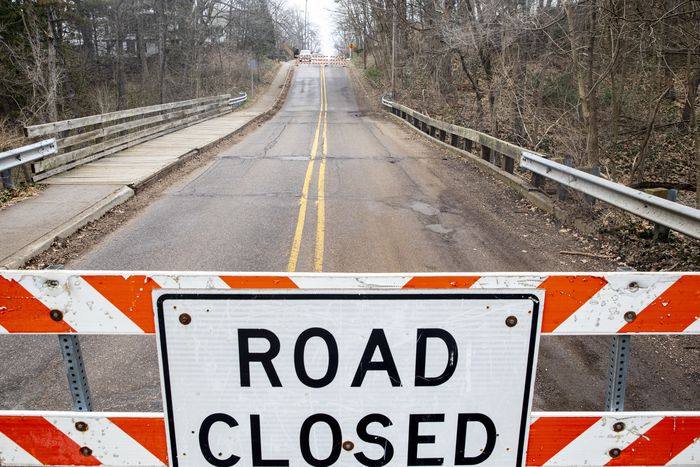 Nearly $10 billion could be on its way to Michigan as the $1.2 trillion dollar Infrastructure Bill waits for President Joe Biden’s signature.

Michigan’s governor wants to put most of the federal money into her campaign promise, $7 billion to fix the roads and over 500 million dollars for bridge repairs.

In a series of tweets, Representative Fred Upton for Michigan’s 6th congressional district said “The Bipartisan Infrastructure Bill is commonsense legislation that will support critical infrastructure projects in MI without raising taxes or increasing the debt.”

Cass County was one of the many areas in West Michigan applying for federal grant money.

How much the county will get, if any, is a question only time will tell.

Counties will be applying for federal grants.

The chief engineer for the Cass County Road Commission Joe Bellina said some projects may end up on the chopping block.

Supply Chain Disruptions: Global supply chain disruptions create road blocks for West Michigan construction
He told News Channel 3 the county may get federal funding for bridge projects once every three years and they are not sure what they will get this time around.

Bellina and Thompson said the need will always outweigh the dollars given.

“It is possible that with additional funding we can get to communities that have not seen some of those projects in some time,” said Bellina.

Thompson said in rural communities, it takes collaboration between the counties, cities, and townships finish projects.

A recent infrastructure report card gave Michigan a “D+” grade and said the state needed more investment in its “old and outdated” infrastructure.

This article originally appeared in WWMT. For more, click here.