‘I am not here to play games’ and 5 other pointed comments from Gov. Whitmer’s State of the State speech 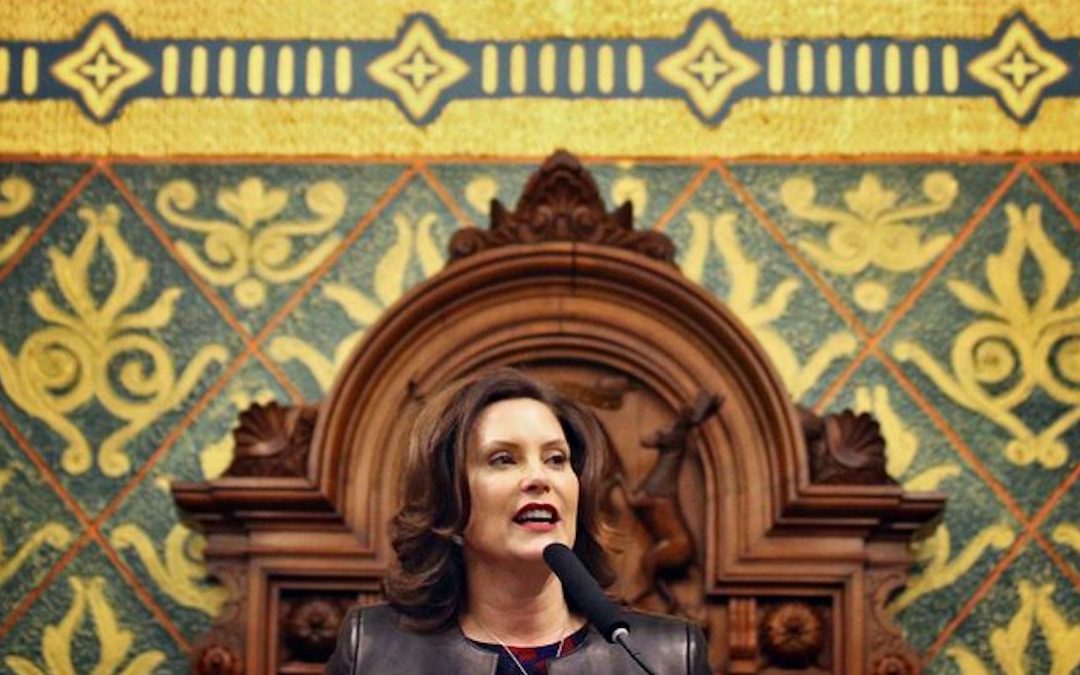 Gov. Gretchen Whitmer’s second state of the state speech struck a different tone than her first, turning gravely serious at times as she hit lawmakers for not acting on her road plan.

Her speech was shorter than usual, and she outlined the reason as she unveiled her new road plan.

“I am not here to play games,” Whitmer said, to much applause. “That’s why it’s time for Plan B… for those of you who want to keep playing games, I’m going to press on without you.”

It was one of several defining moments for the speech, which packed quite a few pointed comments into under an hour. Here are some others:

“Please, I urge you, focus on the substance of my speech. It’s about issues, not appearances. I mean, I don’t care how distracting Senator Shirkey’s outfit is, cut him a break.”

This was the governor’s nod to people spending the day after her last State of the State address talking about the dress she wore instead of what she said.

She hugged Senate Majority Leader Mike Shirkey, R-Clark Lake, after making the joke, thanking him for his sense of humor.

The two have sparred politically but remained connected through that shared sense of humor over the past year. After Shirkey apologized for reportedly telling a group of college students Whitmer and Democrats were “on the batshit crazy spectrum,” she sent him birthday cake wishing him a “Happy 65th BAT Day.”

“We’ll let a woman choose her birth control that works for her. A novel idea, I know, but we are going to ask a woman what she wants.”

Whitmer dropped this line of her speech to much applause during a section where she spoke about expanding health coverage for low-income women and babies, something she said would be part of her budget proposal next week.

Aside from birth control, she also said she would expand health coverage to addiction treatment and mental health services, too.

“Believe me, the people of Michigan don’t want more ceremony. They want concrete action, and sometimes they just want concrete.”

This play on words was one more nod to her plan to issue bonds for road money, which she can do without legislative approval.

“He got tired of waiting for the adults in charge to fix them. So Monte took action… he grabbed dirt and a shovel from his backyard and filled them himself.”

Whitmer highlighted the pothole-filling efforts of Monte Scott, a 13-year-old from Musekgon Heights who got frustrated with his neighborhood being full of potholes and took matters into his own hands. The “adults in charge” she referred to in the story was undoubtedly targeted at lawmakers, who she has criticized for failing to act on her road plan.

House Speaker Lee Chatfield, R-Levering, dismissed that claim after the speech as “revisionist history,” saying she had come in with a 45-cent gas tax increase and not been willing to budge.

“She refused to work with us and it was 45 cents or bust,” Chatfield said.

When it comes to fixing the roads, Whitmer made the case impatience was a virtue, pointing to safety and other issues with the roads.