How the $1.2-trillion Biden infrastructure bill will be spent in Michigan 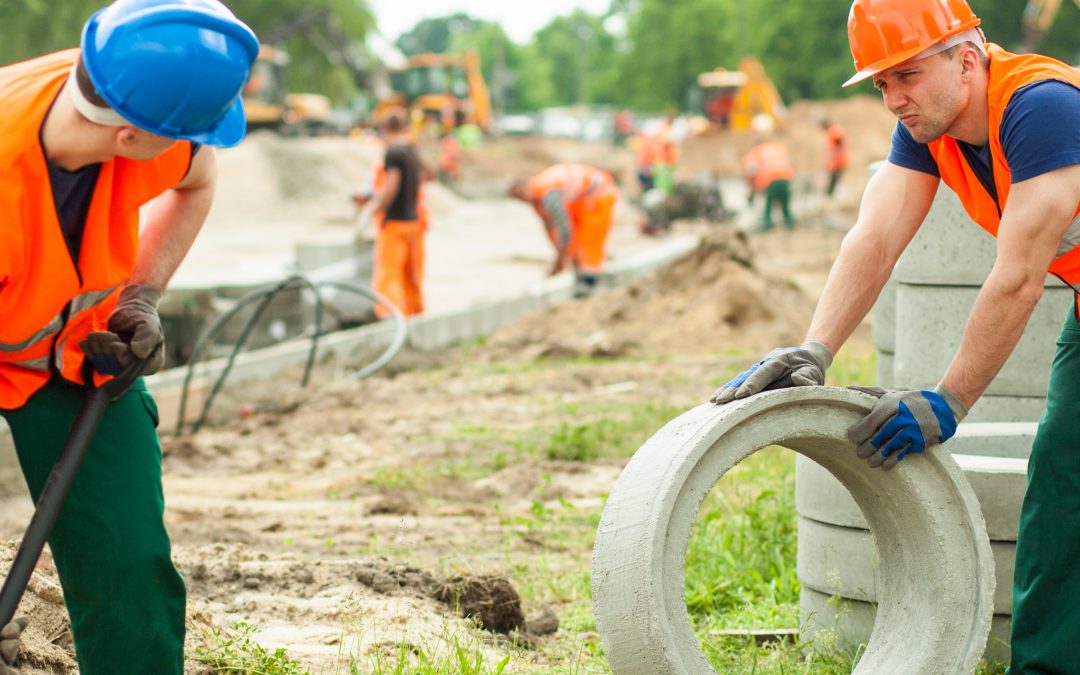 Appearing at the White House on Saturday morning, Biden celebrated the bill’s passage with a subtle jab at his predecessor, Donald Trump.

The bill, which passed the U.S. House late Friday night 228-to-206, with support from 13 Republicans including Michigan’s Fred Upton, R-St. Joseph, and “no” votes from six Democrats, including Rep. Rashida Tlaib, D-Detroit, represents a huge surge of money dedicated to fixing the country’s decrepit infrastructure, including $550 billion in new investments.

Upton lamented that the bill had become a “political football” during recent weeks of intense negotiations, but called the version that ultimately passed “commonsense legislation that will support critical infrastructure projects in MI without raising taxes or increasing the debt.”
Gov. Gretchen Whitmer hailed the bill’s passage as a “win-win” for Michigan that will create jobs, enable businesses to operate smoothly, and invest in badly-needed upgrades.

“It will create countless good-paying, blue collar jobs, while helping us fix even more roads and bridges across the state,” Whitmer said in a statement Saturday. “I am grateful to Michigan’s congressional delegation for working to get this done.”

Whitmer said she is “ready to work with both parties in the legislature to get shovels in the ground,” a nod to the fact that once the money arrives, Michigan must still decide which projects should receive funding.

If Michigan’s still-unfinished negotiations about how to spend billions in COVID-19 relief dollars are any indication, it may not be a quick process.

Michigan, whose infrastructure received a D+ grade in 2018 from the American Society of Civil Engineers, has endured several high-profile infrastructure failures in recent years, from the Flint and Benton Harbor water crises involving aging lead pipes that have remained in the ground long after U.S. policy acknowledged the dire risks of lead, to the Midland dam failures last year, to the toxic legacy of PFAS contamination, flooding and erosion along its coast, and the pothill-filled “damn roads” that Gov. Gretchen Whitmer campaigned on a promise to fix.

Huge swaths of mid-Michigan faced devastating floods in May 2020, after the aging Edenville Dam gave out during heavy rainfall. It’s just one example of numerous recent Michigan catastrophes caused by decrepit infrastructure. (Bridge file photo)
But the bill Biden said he will sign is also far smaller than the $2.25 trillion he had originally sought. Still, it amounts to the country’s largest-ever investment in climate action, public transit and other priorities.

In a statement, U.S. Rep. Debbie Dingell, D-Dearborn, cheered its passage but added that “just this bill alone is not enough to help families across the country.”

Congress is still negotiating a $1.75-trillion social spending and climate change reconciliation bill, promoted as the Build Back Better act, that’s expected to backfill some of those gaps, though that bill, too, has shrunk from a $3.5 trillion proposal and could shrink even more to gain “yes” votes from moderate Democrats such as Sen. Joe Manchin of West Virginia.

In voting no on infrastructure, progressive Tlaib took issue with a decision not to pass the Build Back Better act at the same time. Democrats hope to use that separate bill to backfill many of the measures that were stripped from the infrastructure bill, including big investments in climate preparedness, paid family leave and childcare. Passing one without demanding passage of the other, Tlaib said in a statement, “gives up” the leverage progressive congressional members had to pass both.

“I fear that we are missing our once-in-a-generation opportunity to invest in the American people,” Tlaib said.

Here’s what Michigan stands to receive in the infrastructure bill:

Michigan’s biggest new funding injection from the bill is for roads and bridges. The bill dedicates $110 billion nationally to the cause, more than $1.5 billion of which could come to Michigan.

According to Whitmer’s office, Michigan is set to receive $563 million to repair or replace bridges, and another $7.3 billion for roads.

More than a quarter of Michigan’s bridges are in disrepair. And roughly 42 percent of Michigan’s paved roads funded through the Federal-aid highway program are in poor condition, according to the latest state estimates, as are half of non-federal-aid roads.

A 2016 state report ordered by then-Gov. Rick Snyder in the aftermath of the Flint water crisis identified more than $4 billion annually would be needed to fix the state’s crumbling infrastructure, from roads and bridges to water and communications systems.

Translation: While the Biden infrastructure bill will be a huge help, the money will go only part way toward repairing the sorry state of Michigan’s auto routes.

The bill also provides $1 billion nationally to help undo the damage done by highways and other “urban renewal” projects that cut through Black neighborhoods like Detroit’s Black Bottom in the 1950’s, displacing the people who lived there. It’s unclear how much, if any, of that money could be coming to Michigan.

Michigan’s water supplies, both rural and urban, face myriad challenges. Perhaps chief among them are the lead service lines in older homes that deliver a product essential to human life into hundreds of thousands of Michigan homes through a pipe made of toxic metal, and the PFAS “forever chemicals” that have been found at thousands of sites across the state.

In total, the infrastructure bill includes $55 billion nationally to remove lead pipes and clean up PFAS. Whitmer’s office said Michigan is slated to receive $1.3 billion for water infrastructure, including lead and PFAS.

Michigan has among the highest per-capita rates of lead service lines in the nation — as many as 500,000 in total. But it has also done far more than any state to identify sources of PFAS after discoveries in recent years of severe contamination in places like Oscoda and Parchment.

So far, more than 11,000 PFAS-contaminated sites have been identified and the Michigan Department of Environment, Great Lakes and Energy frequently adds to the list.

Gov. Whitmer in recent months has focused intensely on electrification, announcing at September’s Mackinac Policy Conference a plan for a Lake Michigan coastal charging network that would make it possible to travel the length of the lake without experiencing the “range anxiety” that comes with EV travel in rural areas.

That plan was partially intended to show that Michigan was ready to receive federal funds if and when the infrastructure bill passed.

Once Biden signs the bill, Michigan is due to receive $110 million for charging infrastructure.

The bill would send $1 billion over five years for the Great Lakes Restoration Initiative, an existing program that has historically been used to restore habitat, manage invasive species and address pollution from industry and farms.

Beyond that Great Lakes-specific appropriation, the U.S. Army Corps of Engineers is due to receive $1.9 billion for aquatic restoration projects across the country, including possibly the Great Lakes.

Environmentalists hailed the investments as crucial, but cautioned that far more is needed in Michigan and countrywide to confront the climate crisis that is already upon us, and will only get worse until humans stop burning fossil fuels.

“Confronting the climate crisis goes hand in hand with protecting and restoring the Great Lakes,” said Laura Rubin, director of the Healing Our Waters-Great Lakes Coalition.

“We hope that today’s vote to bolster our nation’s water infrastructure provides momentum for taking action on climate change. We urge Congress to quickly reach agreement on legislation that confronts the climate crisis and provide the tools and resources communities so desperately need to protect themselves.”

Michigan has 73 public transit services that carry a combined 89 million passengers per year, according to the Michigan Department of Transportation.

Michigan could receive $100 million to expand high-speed internet access to nearly 400,000 people, Whitmer’s office said. The lack of rural broadband became a high-profile issue during the pandemic, when Michigan students were shifted to online school. That was a near-impossibility for many students, including those whose families couldn’t afford to pay for internet and residents of rural areas where broadband doesn’t reach.

Money from the infrastructure bill adds to now-flush coffers in Michigan that have been unheard-of for decades. Michigan is still deciding how to spend nearly $6 billion in remaining federal COVID-19 stimulus funds, and local governments, too, have a collective $4.4 billion from the stimulus at their disposal.