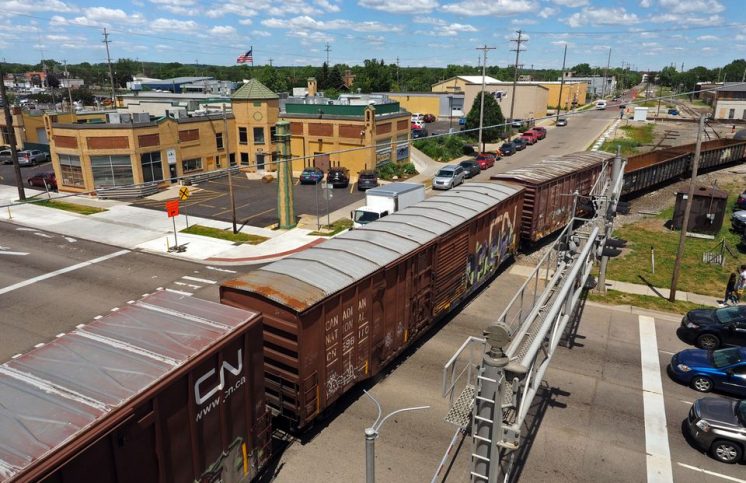 KALAMAZOO, MI – As Tim Hopkins sat idling in his taxicab, blocked by a freight train and going nowhere fast, railroad and city officials sat inside a building a block away talking about train delays.

“We’re trying to get (passengers) to their appointments, and there we sit,” the driver for Bronco Express taxi service said. “It’s frustrating.”

The problem is especially bad downtown, said Hopkins, who on this day was stuck in neutral at a train crossing on Stockbridge Avenue on the near south side. After about 15 minutes, he put his cab in gear and made a U-turn, forced to take a different route to pick up his fare.

Waiting at railroad crossings is a fact of life for drivers in downtown Kalamazoo. Delays from slow-moving and sometimes stopped freight trains seem to be getting more frequent and lasting longer, but no really knows to what extent.

No federal agency tracks delays from train breakdowns or stoppages and rail operators don’t have to report them. A Michigan law meant to limit delays that passed over two decades ago has been rendered moot by the courts and a Kalamazoo ordinance is essentially toothless.

Railroad companies pretty much have carte blanche to do their business without regard to impacts on motorists, pedestrians, bus passengers or anyone else.