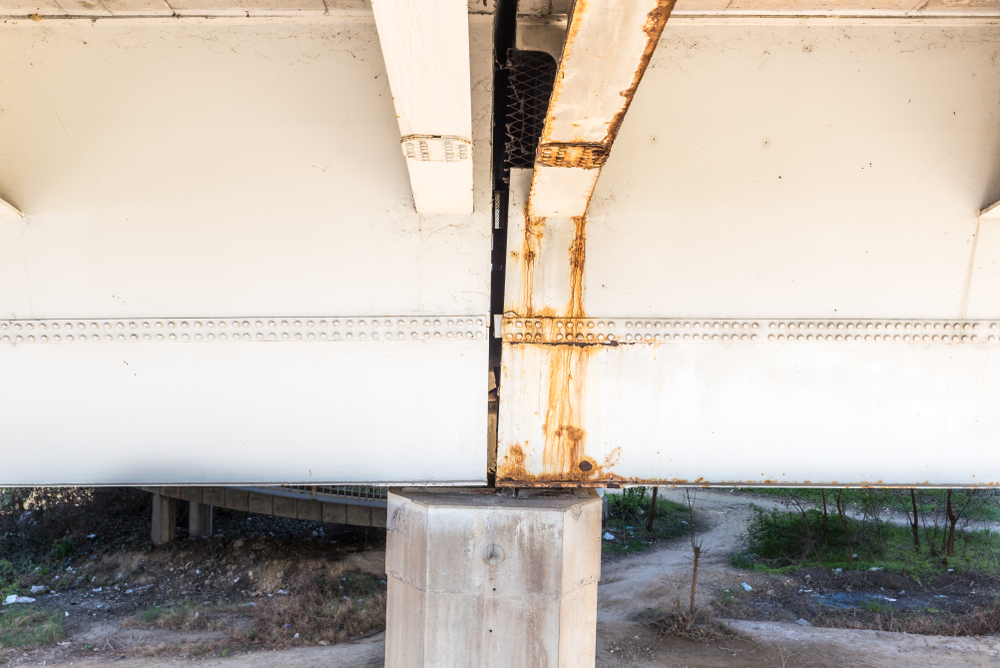 Gov. Gretchen Whitmer on Thursday took her infrastructure repair plans to an aging bridge here in dire need of it, calling for more investment in replacing failing bridges that she believes will ultimately protect motorists.

Whitmer was joined by Wayne County Executive Warren Evans, Michigan Department of Transportation Director Paul Ajegba and host of other officials from the state and the nearby Ford plant to tour the Miller Road Bridge built in 1931.

The underbelly of the bridge adjacent to the Ford River Rouge factory has wooden boards to keep debris from falling and newer pillars to keep the bridge stable. But public officials call this a Band-Aid.

“The crisis of infrastructure here in Michigan is real and we should get serious about this,” the governor said after touring the underbelly of the aging Miller Road Bridge.

Whitmer said she is still in the early stages of the budget negotiations, and her administration said it needs to come up with $2.5 billion to fix the infrastructure situation in the state. So far, she’s heard “crickets” in the Legislature about fixing the problem, she said, “about a gas tax or any alternative that someone’s got.”

The East Lansing Democrat has spent weeks traveling the state and pitching a proposal to raise diesel and gas taxes by 45 cents per gallon, which would give Michigan the highest fuel tax in the country and generate about $2.5 billion a year, with $1.9 billion in extra funding going toward crumbling roads.

A picture she saw of a bus crossing a bridge with temporary support beams holding it up “is what keeps me up at night, frankly. Our roads and bridges are plainly unsafe, and it’s bad for our economy but most importantly, it’s a dangerous situation that should be resolved.”

State officials said there are 1,100 to 1,200 bridges in need of repair around the state. The Miller RoadBridge is estimated to cost $50 million to replace.

Evans said the bridge issue for him is that it’s “dangerously patched and repatched” with annual temporary support systems to “try to keep it limping along.” That, he said, throws money away.

“What we have to do is fix the bridge,” he said. “The temporary fixes are taking away from road money that could be used for a lot of other things or other bridge repairs. We’ve got to quit playing like the problem can wait because it really can’t.”

The Miller Road Bridge and the adjacent smaller Rotunda Street bridge are major arteries for the Ford plant with 4,500 employees and the region, Evans said, in a county that has among the county has the most aging infrastructure.

“I certainly appreciate the governor’s attempt to come up with a solution rather than a Band-Aid,” he said.

Ajegba said the governor and his department are trying “to highlight how bad the situation is.”

“If you look under this bridge, the original supports are there, but they can’t hold up the weight of the bridge anymore,” he said.