Get ready for a longer drive: EB M-6 closed to commuters 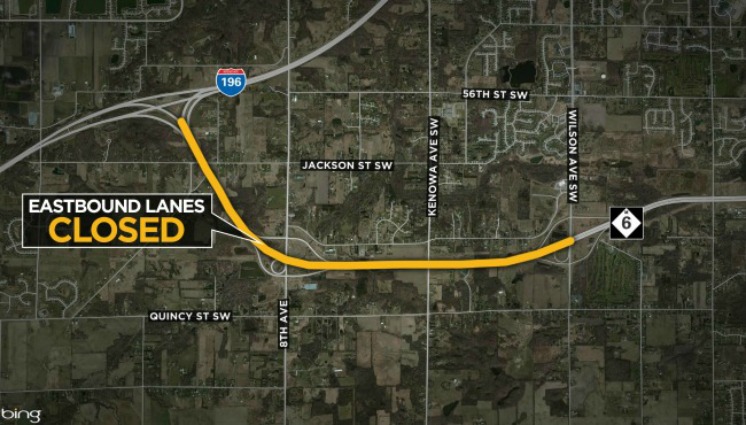 BYRON TOWNSHIP, Mich. (WOOD) — The cones are up and the detour debacle has begun for some drivers who normally take M-6.

The Michigan Department of Transportation shut down the eastbound lanes of the highway between I-196 and Wilson Avenue Saturday morning. However, more people were expected to encounter the closure Monday morning during their return to work.

The westbound lanes will close later this summer as part of the monthslong project to replace the roadway, which began crumbling years ahead of schedule because of a shortage in a key ingredient for concrete.

The number of cars that drive that stretch of M-6 every day has risen by 46 percent since the highway opened in 2004.

“The first couple of days even the first week is pretty hectic, but then things settle down people find their way. They allow more time to get where they need to go,” said MDOT spokesman John Richard. “But of course that morning and evening commute is always tough just because it’s the peak capacity of vehicles.”

Drivers who normally take that section of M-6 are advised to take eastbound I-196 to southbound US-131 to reconnect with M-6.