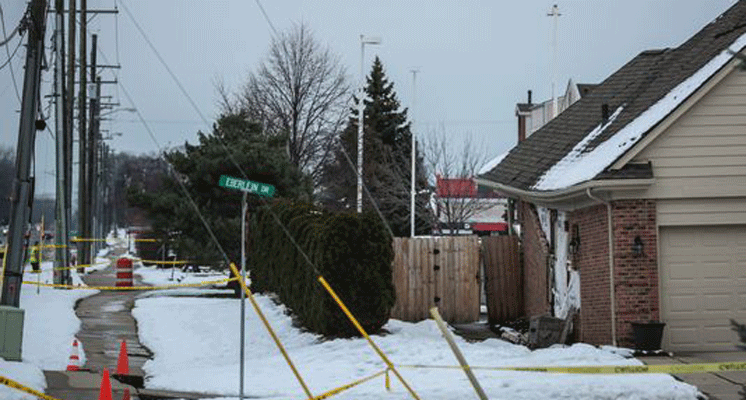 Sue Albu and her husband awoke to sounds of popping at about 4 a.m. on Christmas Eve. They could tell something was off.

Two hours later, she had trouble opening the doors in her Eberlein Drive home — the frame of the house had begun to shift. Albu called the police. Her home was sinking into the ground.

“We were out,” Albu, a business analyst, told the Free Press Saturday evening. “I mean, it was just trying to grab what we could to salvage it.”

Her house, which is on the corner of 15 Mile Road and Eberlein, was partially collapsed by a sinkhole that endangered other structures and forced the closure of the road in both directions between Hayes and Utica on Saturday, police said. Homeowners on Eberlein quickly evacuated, taking their Christmas celebrations elsewhere while authorities cut power to 875 DTE Energy customers for two to three hours, allowing electrical services to be rerouted around the affected area.

By Saturday afternoon, the shingles on Albu’s corner house would buckle, and the gutter would be bent.