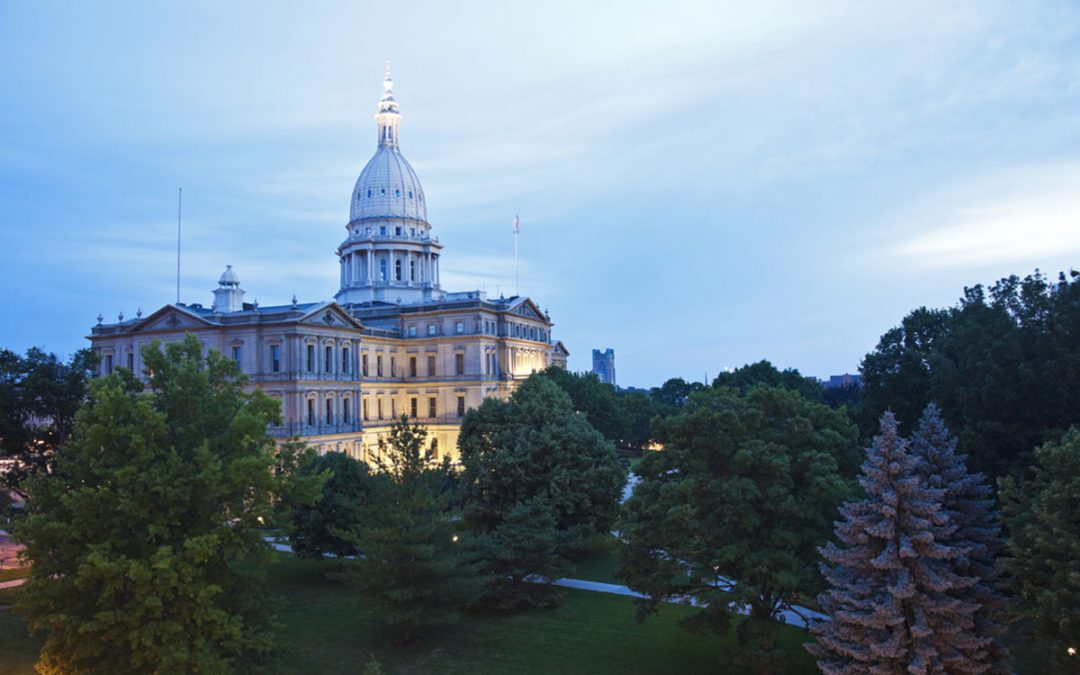 The  $56.8 billion budget Michigan government is currently operating under was signed by then-Gov. Rick Snyder on June 21, 2018.

It was a different time – for eight years, both chambers of the legislature and the Governor’s office were in Republican control.

Now that Democratic Gov. Gretchen Whitmer holds the pen to give final approval on how the state’s money is spent over the next fiscal year, negotiations have been slower going.

Both the House and Senate have passed their ideal budget plans and have established conference committees to work through differences.

Neither chamber’s Republican leaders were amenable to the crux of Whitmer’s proposal, which would infuse new infrastructure funding into the state budget with a 45-cent gas tax increase.

Michigan officials have until the end of the day Sept. 30 to come up with a plan before the new fiscal year begins Oct. 1. If a budget isn’t agreed to before then, the state government would go into shutdown, which last happened in Michigan in 2007 and 2009.

To clear the impasse for Fiscal Year 2020, Michigan officials have to come to a compromise on some of the most pressing issues facing the state. Read more about some of them below.

Government shutdown? Michigan has been there, done that

It’s no secret that Michigan roads are bad and getting worse, but at the moment that’s just about all the Republican-led legislature and Whitmer’s office publicly agree on.

Whitmer’s proposed 45-cent gas tax increase split into three 15-cent increments was dead on arrival in both chambers of the Republican-led legislature.

In the House, the majority passed a budget plan that assumes an additional $542.5 million coming in the next fiscal year from new fuel tax dollars siphoned from 4 percent of what’s currently collected as sales tax. That proposal would require a statutory change separate from the appropriations process.

House Republicans hope to transition fully to putting all tax collected at the pump towards infrastructure. The House budget plan assumes all the funds currently collected as sales tax – which largely goes towards schools and local governments – would be shifted to roads in the following fiscal year, generating an estimated $830 million.

In a statement, House Speaker Lee Chatfield, R-Levering, said the House plan is a “real, responsible and long-term plan” that doesn’t rely on a tax hike.

Senate Majority Leader Mike Shirkey, R-Clark Lake, has said he’d be open to looking at a number of solutions on roads funding, but noted he’d prefer that conversation happen separate from the budget.

The Senate budget accelerates the 2015 plan passed by the legislature to fund Michigan’s roads by putting an additional $132 million into local roads.

Republican leadership in both chambers said they have more coming in terms of a comprehensive road funding plan.

But Whitmer has remained skeptical, arguing her plan is the only solution introduced so far that gets at the true cost of the issue – experts across the state have suggested upwards of $2 billion per year is needed to adequately address the state’s infrastructure needs.

House Democrats recently threw their own ideas on how to come up with additional funding for roads into the mix, including a corporate income tax hike and additional taxes and tolls on heavy trucks.

House Democratic Leader Christine Greig, D-Farmington Hills, recently characterized the House Democrats’ bills as “additional ideas for generating some revenue,” estimating they’d generate about half of the $2.5 billion the governor called for in her budget plan.

Members of the state’s business community quickly balked at the prospect of a corporate income tax to fix the roads. Dan Papineau, Director of Tax Policy and Regulatory Affairs for the Michigan Chamber of Commerce, in a statement called their efforts “irresponsible plans that aren’t grounded in political or fiscal reality.”

So far, legislative Democrats haven’t introduced Whitmer’s 45-cent gas tax hike as a bill. Both House and Senate Democrats say they’re focusing on negotiations at the moment, and Whitmer said she has sponsors in both chambers “who are ready to go,” but she told them to hold off until Republicans rolled out their own plans.

2) How schools are funded, and how much

School funding has continued to be a point of contention in budget talks, as Whitmer and the legislature have been at odds over how school funding is spent and how other facets of state funding could impact it.

Whitmer proposed increasing the per-pupil funding, which funds public schools based on the number of students who attend, by $120-180 per pupil.

The governor is also proposing funding some types of students, like special education, lower-income and career and technical education students at higher rates. The weighted foundation allowances represent a $507 million increase.

In the Senate, Republican lawmakers supported a plan to set per-pupil funding increases at $135 to $270 per pupil, a higher range than Whitmer’s proposed $120 to $180 per pupil.

House Republicans have said they’re intrigued by Whitmer’s weighted formula proposal, but held off on including it in the House-passed plan.

The House budget as is would increase the K-12 budget from the current $14.8 billion to $15 billion in Fiscal Year 2020. That’s slightly less than the governor’s proposed $15.4 billion school aid budget, and the House budget also decreases funding in other areas of the government.

Many educators and local districts have expressed concerns about the House and Senate plans, and in recent demonstrations on the capitol, Michigan’s major teachers’ unions publicly backed Whitmer’s plan.

Another big budget question hanging out there is whether the state can shift higher education funding back into the general fund budget.

Both Whitmer’s budget proposal and the House-passed plan would reroute money from the state’s School Aid Fund that’s been used for community colleges and universities since Fiscal Year 2010 back into K-12 schools.

According to the Michigan League for Public Policy, at least $4.5 billion in School Aid Fund dollars has been spent on Michigan colleges and universities since the practice started in Fiscal Year 2010.

As ever, the rub is how to make the change without dinging the budgets of community colleges and universities.

Whitmer’s proposal hinged on the idea of raising taxes for road funding, which would allow universities and community colleges to come back into the general fund fold without taking money away from road funding and other state programs.

The House plan relies primarily on cuts to other state departments to backfill the general fund dollars for funding higher education and local governments.

The House plan anticipates any hit K-12 schools could receive from siphoning off the sales tax on gasoline to additional fuel tax would be backfilled by the roughly $500 million that would go to K-12 schools instead of funding universities.

The Senate plan would continue spending some School Aid Fund money on higher education instead of putting it all toward K-12, and disregards Whitmer’s recommendations for weighting formulas to give schools more money for expensive-to-educate students.

Another flashpoint in the budget process this go-around has been whether the Attorney General’s office should take a significant funding cut.

Both the House and Senate budget plans call for significant cuts to the Attorney General’s budget, while Whitmer’s budget calls for a slight increase to current spending.

In a recent interview, Nessel said the proposed cuts would be “really devastating” for Michigan residents who rely on the office for consumer protections, child support collections, environmental regulation and suits over prescription drug pricing.

She said the criminal division of the Attorney General’s office is funded almost solely from general fund dollars, and that cuts could impact efforts on helping counties and local agencies with sexual abuse cases, sex trafficking and public integrity offices that look at local wrongdoing and corruption.

Nessel said she believed Whitmer will be willing to go to bat to protect her office’s funding in budget negotiations.

“You don’t have to tell her how important it is,” Nessel said.

5) Should other state department budgets be trimmed?

The Attorney General’s office wouldn’t be the only one seeing significant administrative cuts under the House and Senate proposals.

Those cuts weren’t a factor in Whitmer’s proposal, and legislative Democrats have expressed concerns the proposed cuts to various state departments could detract from the services they provide residents.

Where it goes from here

Now that each chamber has passed through a version of the budget, negotiations over key differences in the House, Senate and governor’s plans become more crucial.

House and Senate Republicans are currently meeting in workgroups to discuss broader road funding plans, and conference committees have been named on addressing differences between the House and Senate budgets. No votes are expected in either chamber this week.

The legislature has tentatively scheduled dates through most of July and all of August.

The hard deadline for officials to agree on a plan is the end of the day Sept. 30.