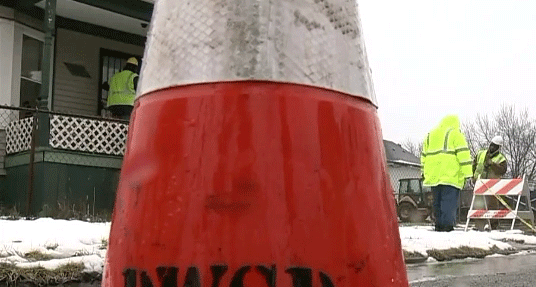 A Detroit man said he’s been pleading with the city to fix a water main for years, but a small leak is leaving his street constantly flooded.

For the third time in three years, the street in front of Darvin Aaron’s home is flooded. The house is on Sylvan Street near the I-96 and I-94 interchange.

Aaron said the city told him the leak had been fixed, but the street flooded again.

The water and orange barricades are nothing new to the residents on Sylvan Street.