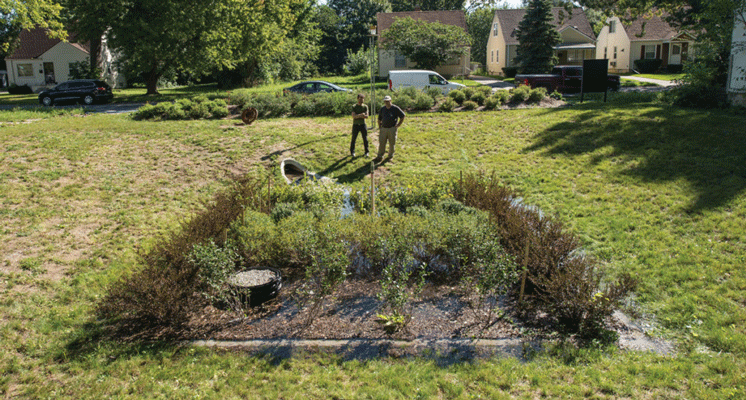 The City of Detroit is solving one of its major problems with the help of one of its other problems. Detroit is experiencing combined sewer overflow, a messy, and often downright dangerous event that happens every time it rains too much. But by leveraging the abundant city-owned vacant land, Detroit may have found a way to alleviate at least some of the overflow.

Detroit, like many cities its size, has a combined sewage and rainwater sewer system. This means that when it rains, water is flushed into the same pipes that lead to the city’s sewage treatment plant. But when it rains too much, this system can be overwhelmed, leading to massive discharges of untreated sewage into the waterways around the city. These sewer overflows pollute the Great Lakes and often flood residents’ basements with sewage. The raw sewage, filled with bacteria, chemicals, and prescription drug waste, also contributes to dangerous algae blooms in Lake Erie (though soil erosion and fertilizer runoff are also major causes).

In cities like Chicago and Milwaukee, which have partial or fully combined sewer systems, there are epic underground caverns and reservoirs to tackle the overflows. Detroit has been catching up, investing approximately $1 billion in new wastewater treatment facilities that have reduced the volume of its sewer overflows by 90 to 95 percent on average.