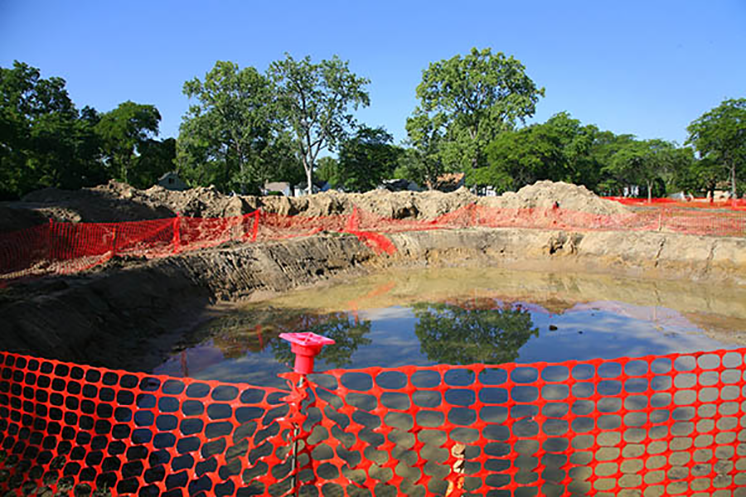 Every time it rains, Detroit officials cross their fingers in hopes the city’s antiquated sewer system can handle the volume of stormwater that gets flushed into thousands of drains in parking lots and along city streets. In many cases, those drains are connected to sewer pipes that also carry sewage to the city’s wastewater treatment plant. When the system is overwhelmed with stormwater, which is happening with more frequency, the combined sewers end up discharging untreated sewage directly into local streams and rivers.

And during heavy rains, as residents have suffered through on at least three occasions this summer, basements also flood because they are hooked up to the same drains.

These combined sewer overflows discharge billions of gallons of untreated sewage into the Great Lakes each year, are the prime source of pollution in the Rouge River and are one of the main factors in the algae blooms impacting Lake Erie.

To alleviate the problem, you might say the city is turning to a natural ally. Rather than build more and bigger (and more expensive) pipes to capture the stormwater, the city is looking to nature to help out.