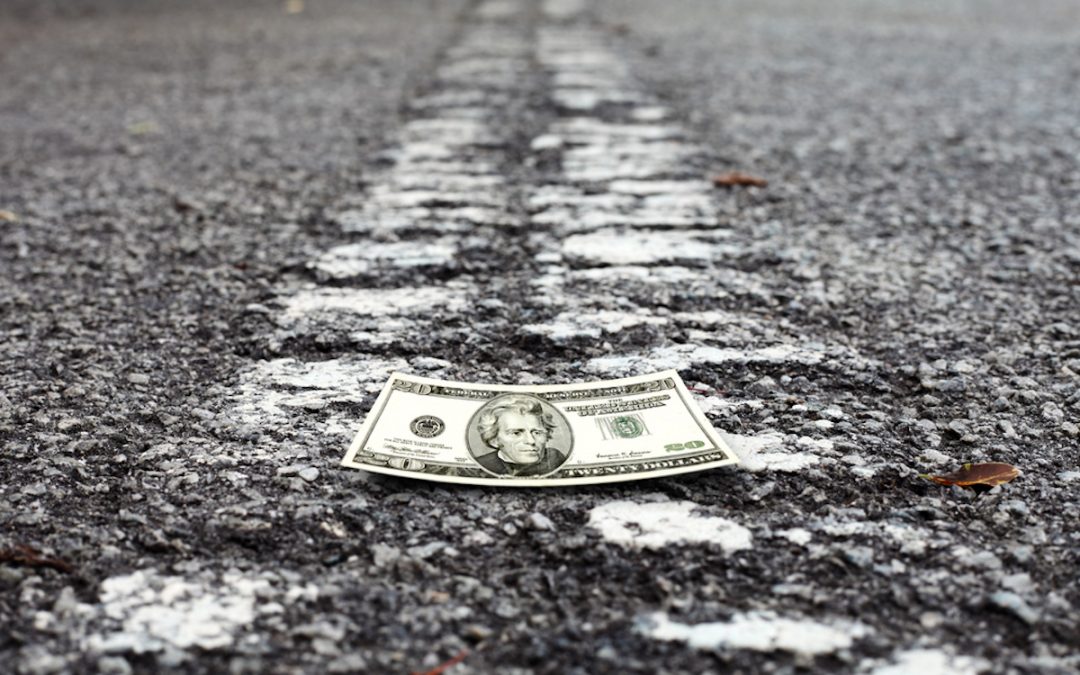 As I write this, our state lawmakers are embroiled in a debate about how to maintain Michigan’s road system.

One hundred years ago, a band played and senators gave speeches at the White House, while banners were affixed to large military-style trucks reading “We’re off to Frisco.” The occasion was the send-off a military caravan, prepared to show how army vehicles could make the first transcontinental trip from Washington, D.C., to San Francisco.

While intended to build support for the army after World War I, the end result had much more to do with our nation’s infrastructure. For it was the impression made on a young volunteer in the caravan which later led to a major infrastructure project. Lt. Dwight D. Eisenhower was that young volunteer. Years later, he would recount in his memoirs that in spite of America’s emergence as a world power after World War I, its road system had deteriorated dramatically.

Thirty years later, that young lieutenant was the 34th president of the United States. The memory of that early trip was still clear in his mind as he sought legislation to connect the United States through an interlocking system of national highways. It would be a massive undertaking; both in terms of the cost and manpower necessary to accomplish the construction of this 41,000-mile highway.

In order to move the project forward, the president proposed a bill authorizing Congress to issue $40 billion in federal bonds to finance the project. Despite President Eisenhower’s optimism, the bill never made it to the floor and was deemed too expensive. Others feared the impact of adding such a significant amount to the nation’s debt. The federal budget, itself, at this time was only slightly over $70 billion.

Debate ensued with key players Harry Byrd, a Virginia Democrat; Sen. Albert Gore Sr., of Tennessee; Maryland Rep. George Fallon, and others. The arguments went as would be expected: How much could be funded by an increase in fuel taxes, how much could be accomplished through a “pay-as-you-go” system of financing and how much could be issued in federal bonds? Through compromise, lawmakers eventually approved legislation that authorized $25 billion over 12 years to construct a national system of interstate highways.

In June 1956, President Eisenhower signed the Federal Aid Highway Act. The implementation took longer than had been originally planned in the legislation, but it set in motion the creation of a safe road system, designed to move product and the nation’s workers during the work week and as they vacationed with their families.

As I write this, our state lawmakers are embroiled in a debate about how to maintain Michigan’s road system. If you drive our roads, you can see (and feel) the effect of postponing plans to fix our deteriorating infrastructure. In spite of a “Band-Aid” solution with the passage of a road funding package in 2015, the state needs an additional $2.5 billion to rebuild and reconstruct our roads. It is a cost that grows exponentially each year that passes without the necessary funding.

A good road system requires the investment of funds to maintain the roads well before they start to crumble. Engineers know that spending early on pavement preservation, (crack sealing, asphalt overlay and concrete patching), accomplished while the road is in relatively good condition can extend useful life by five or more years. Simply put, the longer we fail to invest in our infrastructure, the more expensive it becomes.

My point is not to criticize our elected officials, but to say we are paying a heavy cost for the partisanship that is so prevalent in today’s government. The American Society of Civil Engineers annually prepares reports and grades for each state on its infrastructure. Michigan receives a grade of D+ which is the same as the nation’s grade. Yes, we have issues with roads, but we also have issues with deteriorating bridges, dams and clean drinking water; the same can be said for most of the other states in the country.

There are no easy answers, but we can make progress if both parties agree to roll up of their sleeves, sit down and do the hard work necessary to come up with short- and long-term solutions. Please, no more “Band-Aid” solutions. Infrastructure improvements are essential to our economy and the safety of our communities and families. It requires the courage to do what lawmakers did more than 60 years ago, to reach across the aisle and forge compromise.

— David Van Ginhoven is the chair of the Macatawa Area Coordinating Council’s Executive Committee and a resident of West Olive. Contact him at vanginhovend@yahoo.com.