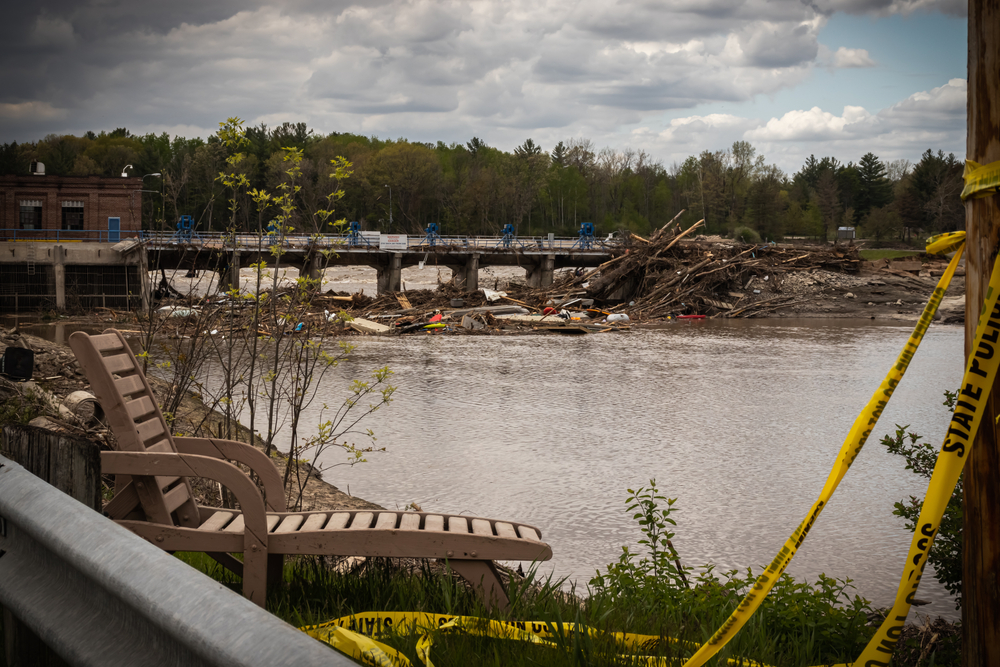 With the hiring of a third new dam safety engineer, the Michigan Department of Environment, Great Lakes, and Energy’s (EGLE) Dam Safety Unit now has a staff of five full-time experts, double the number from last year. This will allow for more frequent onsite inspections of state-regulated dams and a robust focus on enforcement and compliance to hold dam owners accountable for safe maintenance practices and upkeep.

An expanded, standalone Dam Safety Unit was one of the recommendations from the Association of State Dam Safety Officials’ (ASDSO) peer review of EGLE’s dam program following the failure of the Edenville and Sanford dams in May 2020. ASDSO said EGLE’s program would ideally be staffed with 11 full-time personnel. The Michigan Dam Safety Task Force also supported the program changes in its report to the Governor in February.

The Dam Safety Unit now has one full-time supervisor, a senior engineer with statewide coverage and three regional engineers. Previously, the dam unit was part of EGLE’s Hydrologic and Dam Safety program and had two engineers with a shared supervisor and support staff. Along with added staffing, the unit’s budget has roughly doubled to about $750,000 annually with funding support from the Michigan Legislature.

“We’ve assembled a strong team of individuals for our Dam Safety Unit – led by Luke Trumble – which builds on the expert work EGLE has been doing around the state in the areas of compliance, oversight and safety,” said EGLE Director Liesl Clark. “Our staff is implementing many of the recommendations from the Michigan Dam Safety Task Force and we look forward to continued discussion and collaboration with our partners, Legislature and stakeholders on impactful solutions that will have a benefit of added public safety.”

Trumble has been on the Dam Safety program’s staff for 11 years. He has served as a state expert in dam design, permitting, construction and removal. He also has participated in several dam failure investigations. In his new role, Trumble will supervise the Dam Safety Unit staff, work to implement report recommendations and ensure the 1,100 state-regulated dams meet or exceed safety requirements. He has frequently testified before the Legislature on dam-related issues.

The other members of the Dam Safety Unit staff:

— Dan DeVaun has been promoted to senior engineer. A civil engineer, DeVaun was instrumental in EGLE’s emergency and long-term response to the Edenville Dam collapse. That includes leading the successful execution of emergency work to lower the Tobacco River spillway on the Edenville Dam to protect downstream residents and resources. That work was completed in February. In his new role, DeVaun will provide statewide support to staff engineers for in-field work and inspections while focusing on larger projects such as a portfolio risk assessment of all dams that will inform future decision-making by the department.

— Thomas Horak was hired in March after previously working for the water resources division of a consulting engineering firm with a focus on county drainage issues throughout the Lower Peninsula. He is a civil engineer.

— Michael Size joined the Dam Safety Unit in June. He is an environmental engineer who has done consulting on hydrologic and hydraulic modeling, dam and spillway design calculations and dam construction oversight.

“We are excited about the added capacity this staffing gives our Dam Safety Unit,” said Teresa Seidel, director of EGLE’s Water Resources Division. “This staff expansion gives us more resources to focus on dams and we hope to continue to grow the program in the future.”

An independent forensic investigation of the Edenville and Sanford Dam failures is due later this summer. It is being conducted by five national experts who have broad experience in the field of dams and have participated in failure investigations throughout the country.

This article appeared in The Daily Mining Gazette. For more, click here.