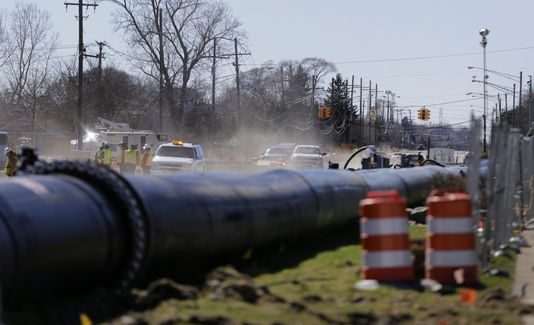 More cracks and fracturing have been found along an 11-foot-wide sewer interceptor that created a house swallowing sinkhole in Fraser when a portion of the line collapsed in December.

To avoid another sinkhole, members of the board that oversees the drainage district for the line agreed today to spend an estimated additional $6.2 million to improve another 3,700 feet of the 15 Mile Road interceptor that carries sewage for a half-million people in 11 communities in central Macomb County.

Evans Bantios, an engineer with the county’s public works, added: “it’s not a matter of if, it’s a matter of when it will happen.”

Despite the additional money to be spent in now a $75-million repair project, ratepayers should not notice an additional cost from the additional line repair, said Brian Baker, chief deputy public works commissioner. He said the rate for a home should still be on average $25 to $30 more a year; though that figure could rise to an average of $55 per year if an additional $75 million of improvement is needed down the road upon further inspection of the line.