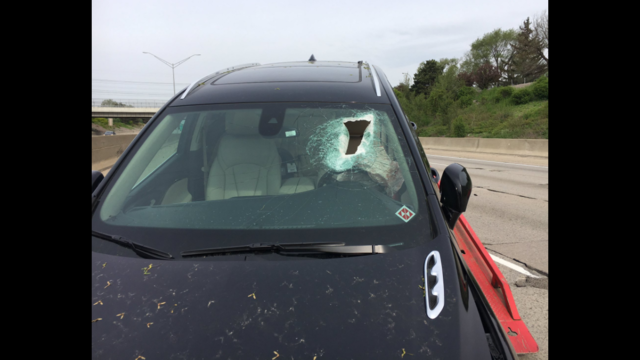 WARREN, Mich. (WJBK) – A Michigan woman was knocked unconscious Wednesday morning when a piece of concrete came off 696 and crashed through her windshield.

The accident happened on 696 at Hoover Road in Warren around 8:40 Wednesday morning. Michigan State Police said the woman was driving west on the highway when the concrete came loose from the road in front of her and then crashed through her windshield.

The woman was knocked unconscious and struck another vehicle. The woman was taken to a nearby hospital and was initially said to be recovering with non-life threatening injuries. However, MSP said around 1:30 Wednesday afternoon that the woman is in the hospital with critical injuries.

The other driver was not injured in the crash.

A patch crew was sent to the scene shortly after the crash to repair the damage caused to the road.