Column: Getting Lansing to consider our long-term infrastructure needs 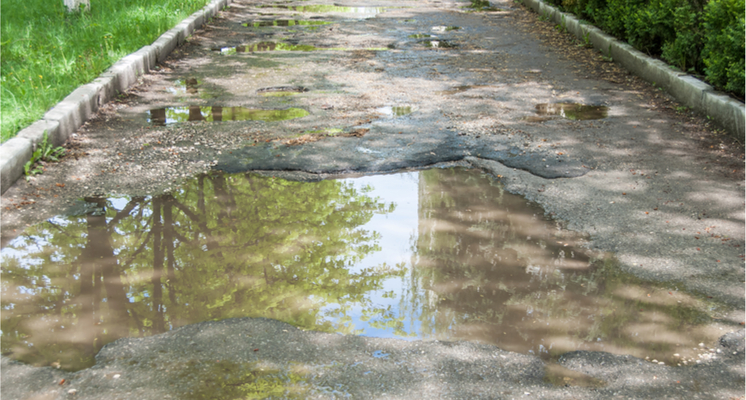 When I was growing up, a pretty standard exchange at the family dinner table was, “Be sure to eat your vegetables, dear.”

But as l grew older, like many of us, I gradually came around to the idea that eating well — vegetables and all – was, over the long run, an important part of a healthy way of living. The key phrase is “over the long run,” a thought that doesn’t seem to apply to the way lots of things work these days, especially in our political system.

Sadly, in Lansing and Washington these days, the “long run” typically means something like “over the next couple weeks,” which provides an insight into the attention deficit disorder displayed by far too many politicians and the 24-hour news cycle foisted on the political system by television and social media.

Progress, especially on tough problems, is never easy or quick. Never has been. So when the default expectation is that large matters can be resolved in a matter of weeks, there’s a contradiction between persistent reality and unrealistic expectation.

So when our leaders actually offer long-run thinking, the normal public response is a mixture of boredom (“eat your vegetables, dear”) and incredulity (“this is surely not possible”).

My fear is that this is likely to happen to two recent reports that point to an enormous problem for the future of our state.

The first is the report of the 21st Century Infrastructure Commission, a bipartisan group of experts convened last year by Gov. Rick Snyder to take a look at all aspects of our underpinnings.

During his State of the State speech last week, the governor pitched the sensible approach taken by the commission as being the first state policy initiative to take into consideration all infrastructure asset types: water, transport, energy and communications.

As if to underscore his point, Business Leaders for Michigan released a study by the American Society of Civil Engineers that gave Michigan a “D” grade on the state of our entire infrastructure.

“We have a critical problem,” said Doug Rothwell, BLM president and CEO.  “The report and the Governor’s Commission document these needs in detail and identify best practices others have used to address similar challenges.”

The BLM study aligns closely with the governor’s  commission in estimating our infrastructure needs at approximately $4 billion per year and setting out goals for a sane policy that involves growing the economy, improving health and safety and achieving sustainability.

The infrastructure report also sets out a series of perfectly sensible principles to put needs into action: Prioritize specific investments, with transportation (read: roads) and water (read: Flint) getting the highest priority; use public-private partnerships wherever possible; require warranties on work. Construction revenue should come mostly from the users of the infrastructure.

The commission also discussed a renewable bond program or a regional user assessment system to fund needs that can’t be met through user-based funding. A bonding program makes plenty of sense at a time when interest rates are still at near-historic lows and national attention is finally starting to be paid to the crying need to tackle our deteriorating infrastructure.

Overall, the businesslike policy emphasis for both BLM and the Infrastructure Commission makes perfect sense.  As Rothwell put it, “For too long, we’ve been putting out fires. We need to lay out a comprehensive plan for fixing, maintaining and expanding our infrastructure so it supports our needs now and in the future.”