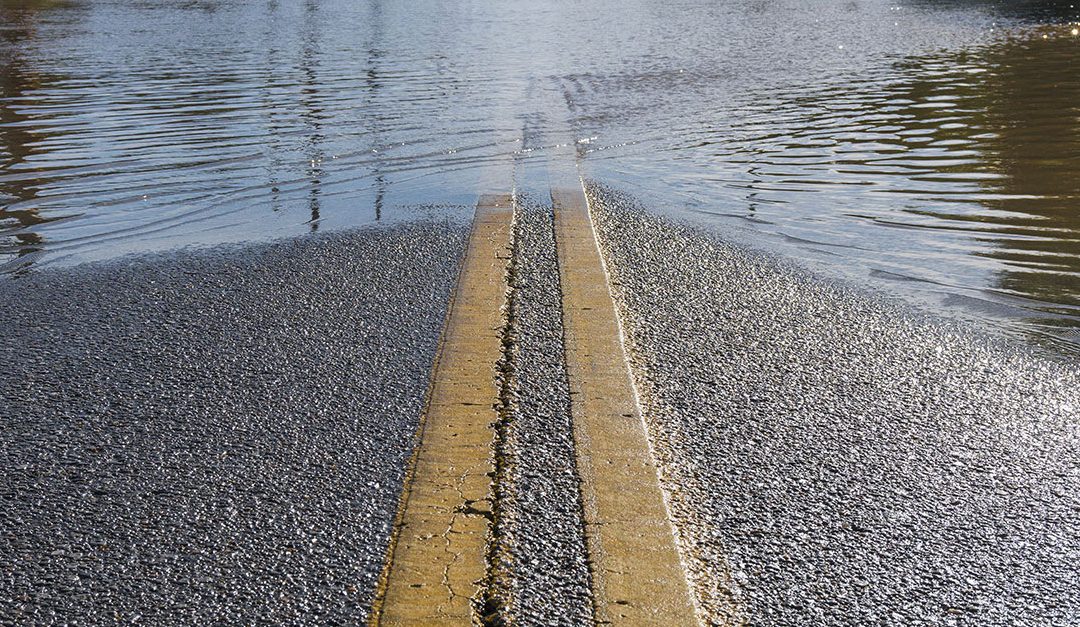 The Detroit Water and Sewerage Department (DWSD) today provided a demonstration and revealed all the completed bioretention gardens in 10 boulevard medians – the city’s largest-ever single investment in green stormwater infrastructure to reduce neighborhood flooding and basement backups. The $8.6-million project on Oakman Boulevard in the Aviation neighborhood redirects rain and snowmelt from the street into the bioretention gardens.

Mayor Mike Duggan made a commitment to the Aviation residents after they experienced significant flooding following heavy rains in August 2014. More than five years later, construction began in May 2020, following design work and community meetings led by DWSD.

Today on Oakman Boulevard at Mendota Street, DWSD staff used a fire hydrant to demonstrate the project. Large amounts of water were flushed onto the street, which quickly flowed into the catch basins and curb cuts. The catch basins are now tied into the bioretention gardens in the medians. As the water entered the bioretention area it quickly infiltrated the plants and ground and flowed into drains to be retained, then slowly flow to the Water Resource Recovery Facility (treatment plant). The project is not intended to hold water above ground, rather it moves through swiftly.

“More than five years in the making, the Oakman project demonstrates how we can transform existing infrastructure, in this case, boulevard medians, to improve stormwater management, reduce street flooding and basement backups and further reduce combined sewer overflows during major rain events,” said Palencia Mobley, P.E., DWSD deputy director and chief engineer. “And, due to the storm sewer tie-ins we did underground as part of this project, it not only helps homes on Oakman Boulevard, it also benefits residents on nearby streets.”

The Oakman project has been designed to take advantage of the medians on the boulevard between Joy and Tireman to manage 37.3 million gallons of stormwater annually. The goal is to reduce street flooding and basement backups in the neighborhood.

Bioretention features look similar to rain gardens on the surface, but underneath are designed and engineered to slowly soak up stormwater. DWSD has installed underground boxed-shaped chambers beneath eight of the bioretention areas in the median to temporarily store stormwater and slowly release it to the combined sewer system. In some locations, DWSD re-routed catch basin connections to the combined sewer lines to new storm sewer pipes that flow into the green stormwater infrastructure (GSI) practices in the Oakman Blvd. median.

Detroiters rebuilding DetroitTo build this innovative project, DWSD chose Detroit-based contractor, Blaze Contracting. The contract was approved by the Board of Water Commissioners and Detroit City Council in 2019.

To stay on track with the project timeline, even amid the delayed start due to the COVID-19 Pandemic, Blaze and the subcontractors utilized more workers than originally planned in order to catch up and in fact finish ahead of schedule.

Blaze holds the contract an additional two years to maintain the plantings and surrounding landscaping. After that, DWSD will issue a request for proposals and select a contractor for project maintenance and landscaping after 2023 and beyond.

Residents had extensive input into project

DWSD had meetings with the community sharing design options for the GSI practices in the medians. The community gave feedback on trees, plantings, and other features during two meetings in 2017. An additional meeting was held in 2018 to show the preliminary designs based on their input. Following contractor selection and legislative approvals, the final pre-construction community meeting was held in February 2020 with DWSD and the contractor at Rippling Hope on Joy Road to share the project plans and construction timeline.

DWSD and the contractor will continue to conduct outreach with the community throughout the project including updates through door hangers, emails, and individual contact.

What is green stormwater infrastructure

The most common method to improve stormwater management is green stormwater infrastructure, or GSI. It replicates natural systems to reduce runoff volume, filter pollutants and cut down on flooding by slowing the movement of water into the City’s combined sewer system, thereby allowing it to soak and be absorbed into the ground. Reducing stormwater runoff with strategically placed GSI projects, such as a bioretention and bioswales, has the added benefit of reducing street flooding.

DWSD has installed 15 other GSI projects in the past seven years, which manage a total of 24.5 million gallons of stormwater annually. View the DWSD GSI projects, videos and manuals at www.detroitmi.gov/GSI. And, view a map of the more than 220 public and private GSI projects on the Detroit Stormwater Hub at www.detroitstormwater.org.

This article appeared in Patch. For more, click here.