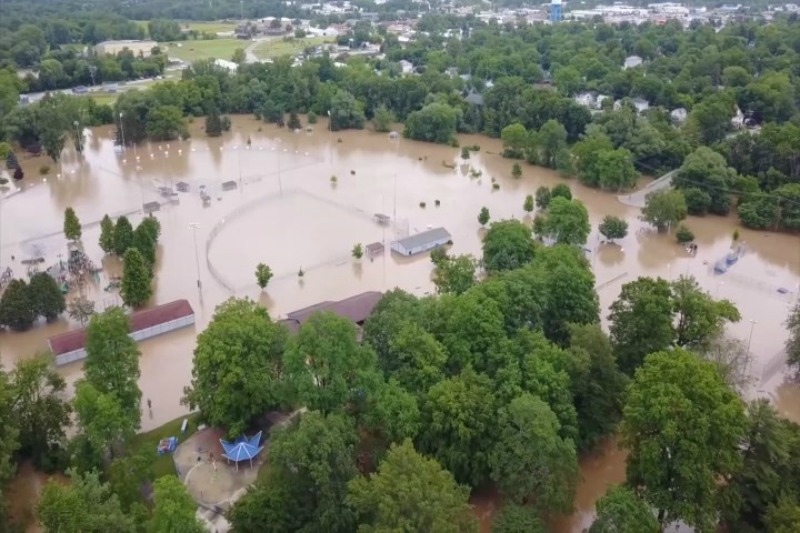 Not only have roads and buildings been greatly affected by the flooding, the Chippewa River’s water levels are very high and unsafe.

9&10’s Taylor Jones spoke with people living near its banks.

Though we’re told they have receded to a certain extent.

The health department is warning everyone the river could be contaminated.

“As you can see the water got up to about where we’re standing which is probably 8 to 10 feet above maybe even 13 feet above the normal height of the river,” Mike Gray said.

Mike and his wife Rosie live along the Chippewa River.

And looking in their yard and basement, signs of the flooding would be hard to miss.