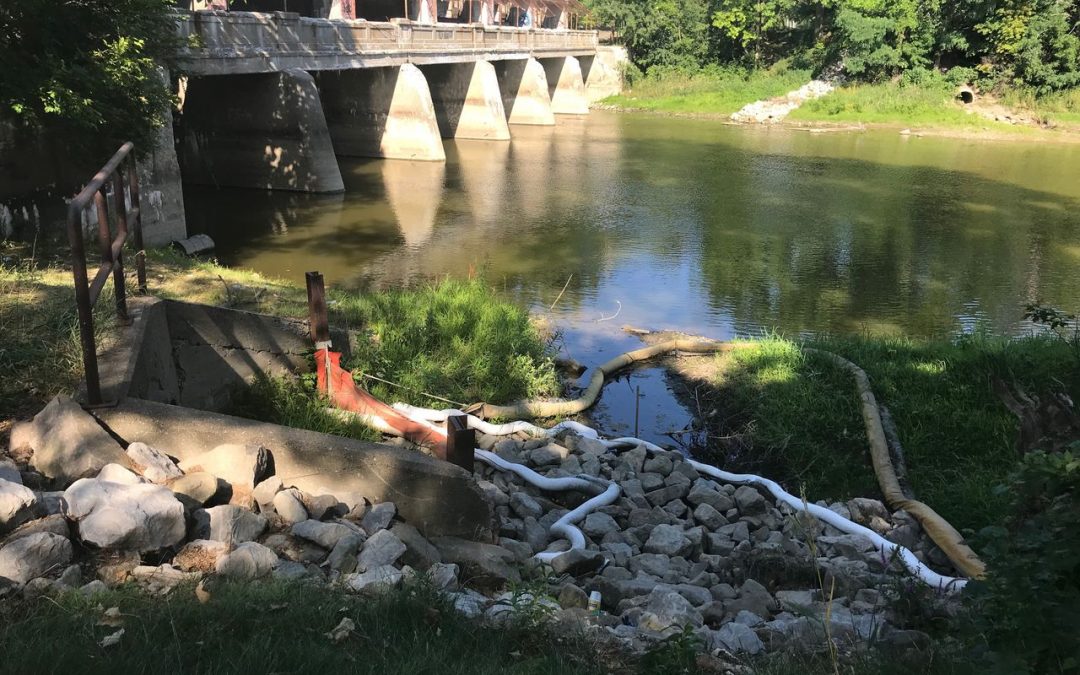 Work to replace and reroute over 3,600 feet of underground storm sewer lines through the old Buick City site on Flint’s north side has been paused indefinitely.

The work began the first week of March.

It was paused on March 24, RACER Trust announced in a Wednesday, April 1 news release.

Work will resume as soon as possible upon the direction of the state, the release states. Once the storm sewer reroute resumes, it should take approximately three months to complete.

The work was paused in response to Gov. Gretchen Whitmer’s executive order to cease nonessential business.

“In addition to our work to clean up and redevelop the former Buick City property (and other such properties across Michigan), our priorities during this pandemic include keeping all staff and support personnel healthy while continuing to provide essential services to the community during this work interruption,” the release reads. “We are following all applicable governmental and health agency guidance and taking precautions to help keep our staff, consultants and community safe, including working remotely.”

RACER is the trust established to manage properties like Buick City, which were abandoned by General Motors during its bankruptcy proceedings a decade ago. It is charged with cleaning up and selling off the real estate for future redevelopment.

RACER is continuing to carry out its other environmental obligations regarding Buick City and elsewhere during the COVID-19 crisis, the release states. This includes preparation of remedial action plans, maintenance and operation of essential environmental systems, and review and evaluation of environmental data.

Indian conglomerate Mahindra Group is currently considering purchasing the Buick City property as the site of a new manufacturing plant.

Since the initial discovery of PFAS on the Buick City site, the chemicals have been found in groundwater, storm sewers and sanitary sewers. The work is designed to close leaking, decades-old underground pipes and reconfigure the route for stormwater to avoid parts of the property where testing has shown contamination.

Last August, RACER announced its intent to carry out the sewer work, complete with some new sewer lines with leak-proof sealed joints, during a public bus tour of the more than 400 acres that make up the property.

As of that time, nine of 13 storm sewer outfalls had registered readings of a combination of PFOA and PFOS, the type of PFAS regulated in surface water.