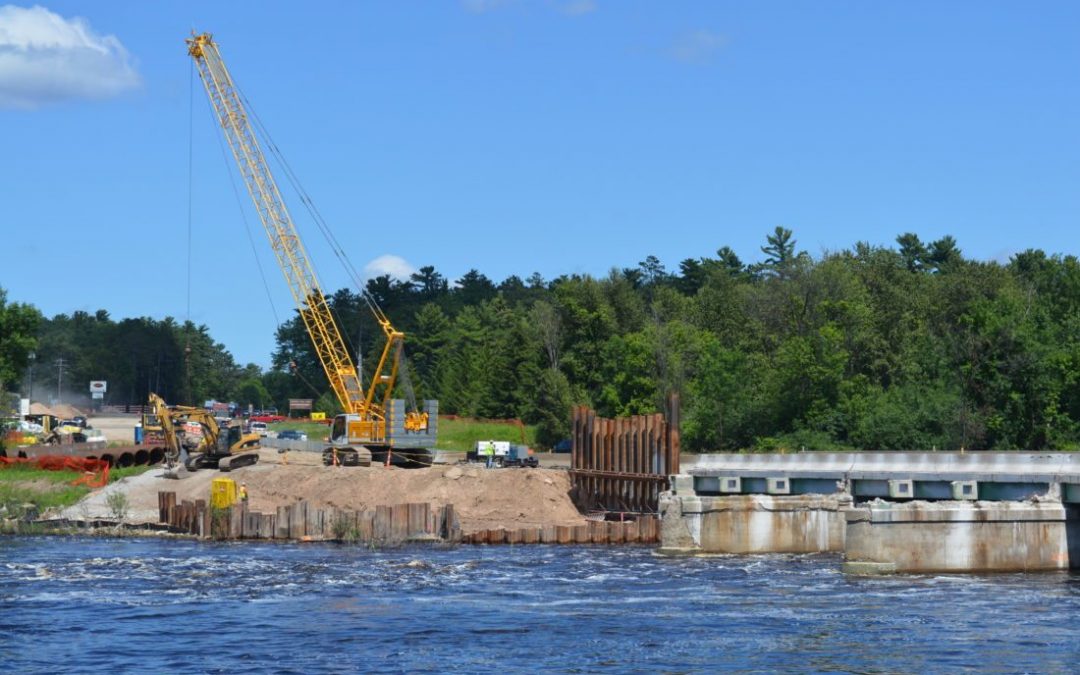 WELLS — The first of three planned closures of the U.S. 2 and 41 bridge over the Escanaba River in 2017 by the Michigan Department of Transportation (MDOT) went well — despite some lengthy delays for motorists, MDOT Communications Representative for the Superior Region Dan Weingarten said. The closure lasted from Sept. 5-8.

“Overall, we’re pleased with the way things went,” he said.

The closure took place to allow for bridge beam placement work on the new E&LS Railroad bridge. Weingarten said work progressed without any major difficulties — in fact, the bridge re-opened 30 minutes earlier than had been scheduled on Sept. 8.

“All of the railroad bridge beam work that needed to be completed during the closure was completed as planned,” he said.

Weingarten also discussed the detour route used by area drivers during the closure period. During this period, eastbound traffic was detoured from U.S. 2 via County Roads 426, 420, and 531 and onto M-35 before returning to U.S. 2. This route was reversed for westbound traffic.

While he was relatively pleased with how things went in this regard, considering the volume of traffic on the detour and the length of the detour route, Weingarten said there were some issues associated with the detour. One of the issues — traffic backups on some intersections, primarily the intersection of County Roads 420 and 531 — was addressed during the closure period.