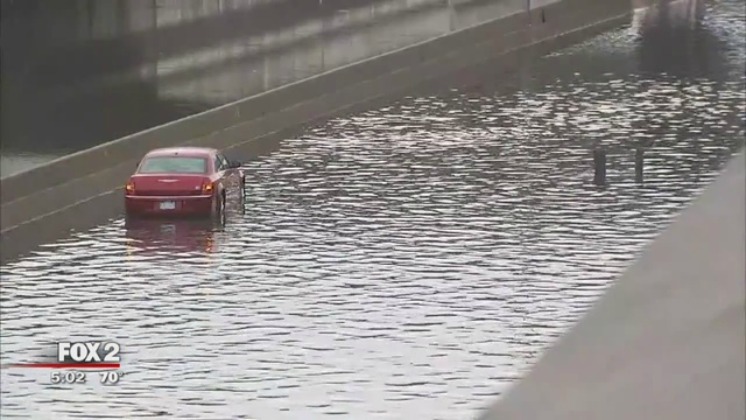 BERKLEY, Mich. (WJBK) – While it’s nothing compared to the devastation Hurricane Harvey is causing in Houston, the heavy rain has become a headache for a lot of families in Metro Detroit.

From flooded freeways that clogged the commute to water bubbling up in basements, Monday night’s downpour took its toll.

“Seems like everyone south of 12 got hit pretty hard,” said Jason Zmija, who helped a friend clean up flooded basement.

Flooded basements were especially prevalent in the area of Catalpa, just west of Coolidge. Even the Berkley City Hall got hit.

“City Hall flooded. Like many of our residents we likewise had a backup of sewage,” said City Manager Matthew Baumgarten.

The storm hit at about 6:30 Monday with a lot of rain in a short period of time.