How bad is your city of Jackson street? Ask us in the comments section 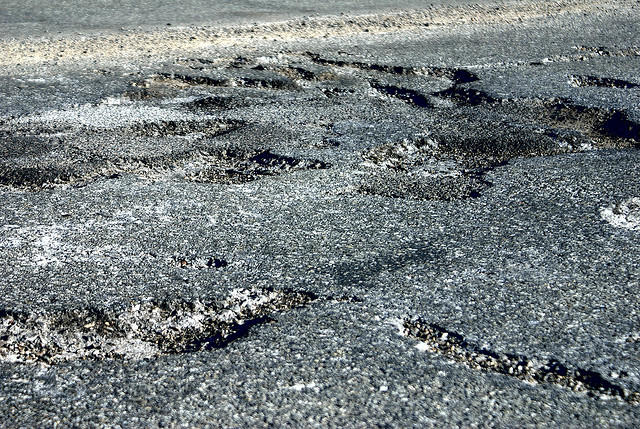 On the Pavement Surface Evaluation and Rating (PASER) scale, a 10 is a brand new road while a road with a 1 has nearly reverted to gravel.

Roads were most recently evaluated in 2016, with the majority at the bottom half of the scale. The city had 71 roads ranked a 1 or 2, but those aren’t the only ones that need a little love.

Demonstrated by the hoard of orange barrels around the city, many of these roads are already being addressed. Recent construction won’t be reflected in the PASER ratings until at least 2018.

The city has 22 construction projects for 2017, including Kibby Road, W. Michigan Avenue and Jackson Street.

Want to know where your city of Jackson street ranks? Tell us the road and the cross streets in the comments section and we’ll tell you what the PASER rating was for 2016, the surface subtype and the year of last resurfacing.