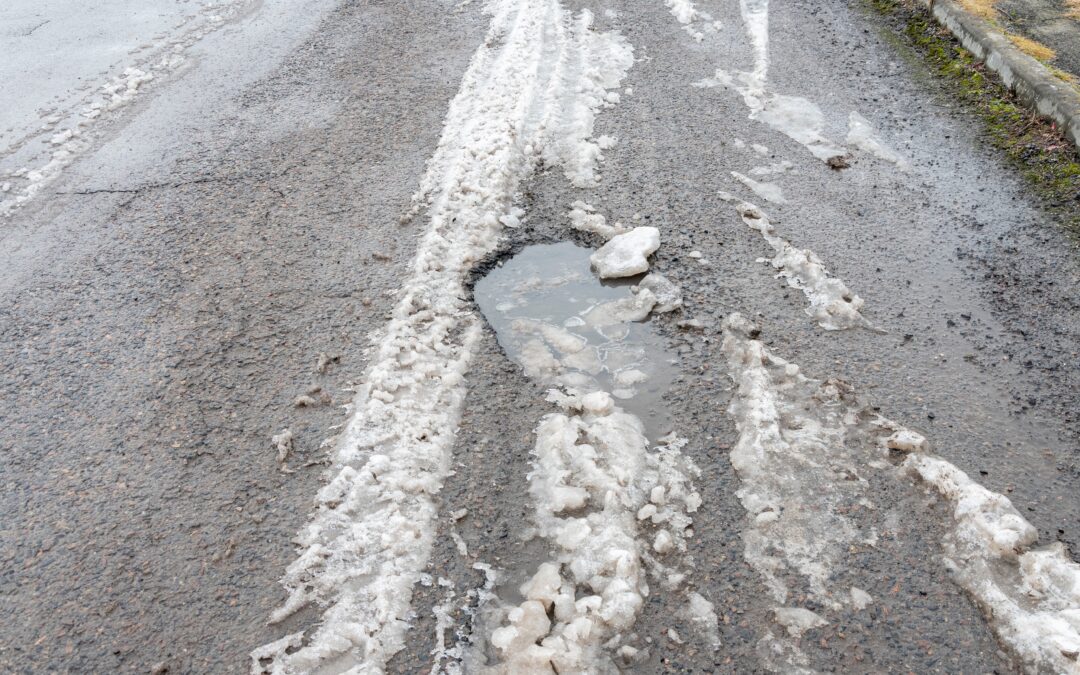 It’s been a year since President Joe Biden signed the historic bipartisan infrastructure bill, and heading into another cold winter in the “mitten,” many Michigan drivers have infrastructure top of mind, including the auto shop workers who will have to deal with the state’s aging roads and bridges.

An analysis from comparison research tool QuoteWizard found Michigan is number one, at least when it comes to the worst potholes in America. Staff at the company analyzed Google search statistics from the last years in order to find which states had residents searching the most about pothole issues.

“It does actually put a drain on a shop to have to accommodate the emergency repairs like that. All the way around, it’s bad for everybody,” said Capital Auto Care owner Chris Laurenty, who says he’s had to come in at 4 a.m. just to keep up with the workload.

Among the many auto shops in Lansing, Laurenty said, there’s more than enough work to go around even before pothole season starts to up demand.

Michigan is entering into a month and a half of a near-daily freeze-thaw cycle that will affect even the patched-up potholes, Laurenty said.

What’s to come: Mother Nature plans to ‘let it snow’ a lot of the time this week
That damage can be caused by even harmless-looking dips in the road, and while Laurenty said it depends on the height of the car and the speed the driver is going, even just an inch and a half deep pothole can leave a car with major damage. With potholes that have sharp edges, the damage gets even worse.

“In a normal condition, in a normal, straight proper roads, it would last you 3-6 months. Give you some time,” Laurenty said. “With these potholes that we have in Lansing area, one good pothole can take a marginal ball joint right out – or a tie joint right out. And at that point, you have a possibility of a major accident.”

Confusion and construction cones: Why so many lanes are closed on Westnedge
Roads are improving in Michigan, as a 2021 report from the Michigan Transportation Asset Management Council found the state has the highest percentage of roads rated in good condition since 2005.

67% of roads are in good or fair condition, according to that report, though bridge conditions continue to deteriorate.

Investments: State of Michigan to receive $50M to help with road/bridge repairs after historic flooding
The QuoteWizard analysis found Michigan cities rank as having some of the worst potholes in the nation. Detroit ranks #16, with Traverse City close behind at #17.

Lansing is #21 when it comes to pothole problems and Grand Rapids is #30, the company found.

The newly-reelected Gov. Gretchen Whitmer-Garlin Gilchrist II administration ran its 2018 campaign on “fixing the damn roads,” and billions have been poured into addressing the state’s aging highways and bridges.

At work: Lt. Governor fills potholes to pitch Whitmer administration’s infrastructure funding plan
Laurenty said while he’s seen improvements in some areas, especially in the main thoroughfares in Lansing, he believes the spot-fixes being done by contractors are insufficient, as patches turn back into potholes year after year.

“When you have to continually fix the roads every year for the same issues in the same places, it seems to me somebody’s not doing their job right,” he said. “Until they fix the roads completely and do ’em right the first time, this is just gonna continue to happen.”