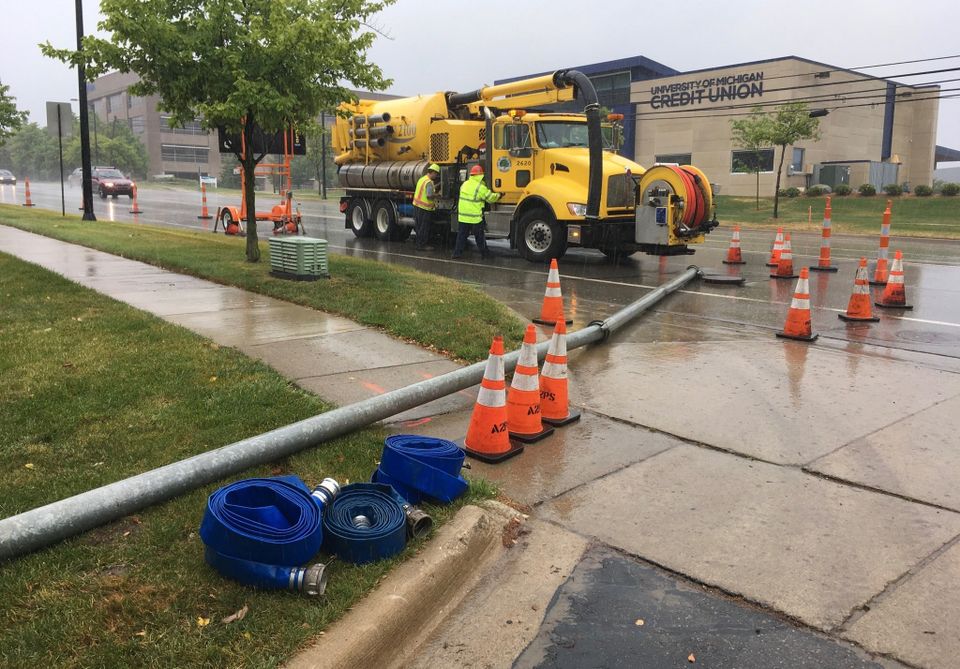 ANN ARBOR, MI – The city of Ann Arbor has reported another raw sewage spill into Malletts Creek, which flows to the Huron River.

At about 5 p.m. Thursday, June 22, the city was notified of a sanitary sewer overflow near the 2800 block of South State Street, according to a news release issued by the city at 10:22 p.m.

The city’s public works crews quickly determined that a blockage in the pipe was the cause of the overflow, and as of 9:30 p.m. stopped the overflow, the news release stated.

City workers were back on the scene Friday morning, pumping the sewer line.

Robert Kellar, a spokesman for the city, said crews are using a bypass pump so the sewage is directed into the sewer system, away from the clogged pipe. He said the city’s staff is assessing the situation with the pipe to determine the best course of action to repair it.