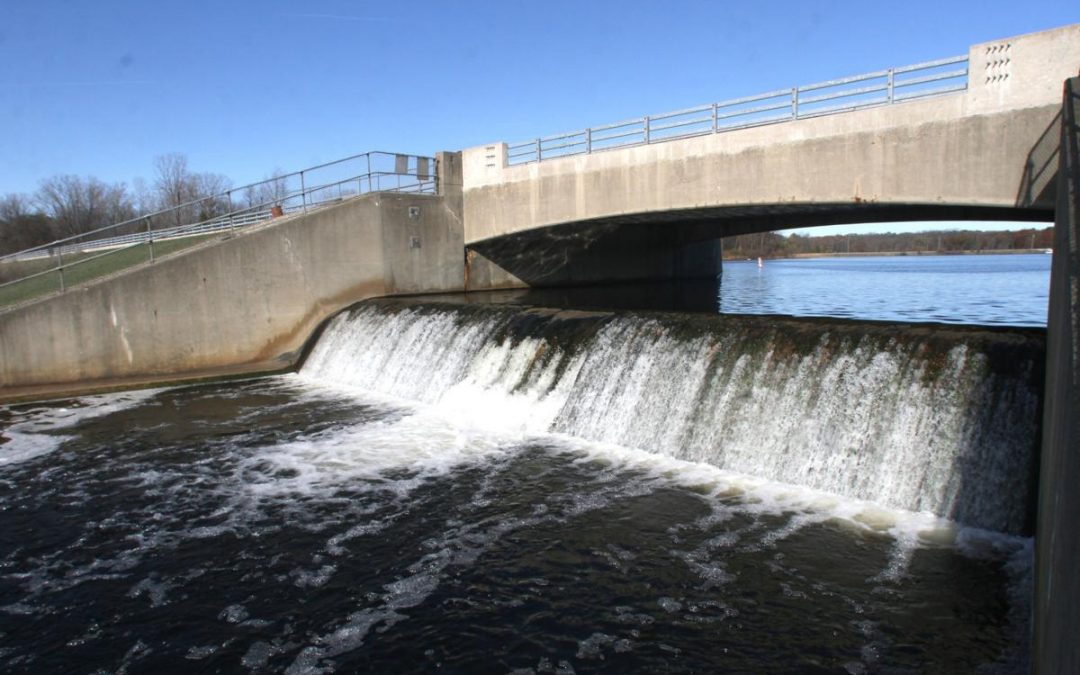 They are not the biggest dams in the United States, not even close. Nor are the Upper and Lower Stony Lake Dams among the largest in Michigan but should they fail, someone could die.

So, they are checked on a regular basis.

“The state inspects it on a cycle of every three years,” said Mike Henkel, chief of engineering services for the Huron-Clinton Metroparks, the agency responsible for maintaining the integrity of the dam at the south end of Stony Creek Metropark, as well as one in the northern end.

Both were built in 1961 for recreational purposes and, as with most dams constructed at the time, are made of concrete, steel and earthen embankment.

“The last inspection was done in 2017 and everything was fine,” said Henkel, who was not surprised considering the attention the dams are given by the HCMA.

“We maintain our dams very well so they’re in good condition,” Henkel said.

However, some dams don’t have the same track record.

According to a recently completed two-year investigation by The Associated Press that looked at dams across the country, including more than 1,000 in Michigan, dams around the country are in need of repair.

The AP identified at least 1,540 dams nationwide that are rated as “high-hazard” because of the potential for loss of life if they fail, and separate inspection reports further examined by AP showing these dams to be in poor or unsatisfactory condition.

Emergency plans obtained by the AP indicate thousands of people living and working downstream could be at risk if those dams were to catastrophically fail.

The separate inspection reports cite a variety of problems. Those include leaks that can indicate a dam is failing internally, unrepaired erosion, holes from burrowing animals and extensive tree growth, which can destabilize earthen dams. In some cases, inspectors also flagged spillways that are too small to handle the amount of water that could result from increasingly intense rainstorms due to a changing climate.

The AP’s investigation covered the U.S. territory of Puerto Rico but excludes six states that did not fully comply with records requests.

In Michigan, the inspection reports reviewed by the AP covered more than 1,000 dams across the state, including 12 in Macomb County, 69 in Oakland County and 14 in Wayne County.

Information about 37 dams across Michigan was denied or withheld, either for security reasons or because the dams fell outside state jurisdiction.

The state’s Department of Environment, Great Lakes and Energy reports there are 2,500 dams in the state. There are also 99 hydroelectric dams that are regulated by the Federal Energy Regulatory Commission under the Federal Power Act.

The EGLE Dam Safety Program is responsible for ensuring the safety of Michigan’s state regulated dams, owned by both public and private entities. Program staff regularly inspect state-owned dams as well as privately owned ones upon the owner’s request including those categorized as “low-hazard” dams.

Luke Trumble, who leads dam safety efforts for EGLE in lower Michigan, said staff members look for a variety of things when inspecting the condition of a dam.

“We look at the overall condition,” Trumble said. “We look to see if the dam has any spillover, if there are any cracks, if any rodents have burrowed into the earthen portion of it, as well as if there are any potential deficiencies.”

The American Society of Civil Engineers reports there are approximately 140 high-hazard potential dams in the state. Condition assessment data in the National Inventory of Dams points out that the state’s high-hazard dams have an average rating of fair.

“More dams are being removed now than a decade ago,” he said, citing the main reason for this as fish and wildlife restoration.

If it were up to fish and wildlife enthusiasts there would be no dams.

“They stop the natural flow of water,” said Cleyo Harris, who is a fisheries biologist with the Michigan Department of Natural Resources, which removed two dams on the Clinton River after an assessment determined removal would benefit wildlife habitats.

In doing an assessment for the removal of a dam, several questions are considered by the DNR including the purpose of the dam and if it’s fulfilling the purpose. In both cases, removal was deemed to have a positive impact on fish habitats.

One included a small dam near Wolcott Mill and a larger cascading dam on the North Branch of the Clinton River, above Almont. Since the removal of the dams in 2011, several species of fish, known to inhabit Lake St. Clair, and even mussels native to Michigan, have been able to make their way up the river to spawn.

These two dams, as with many in the state, appeared to outlast their usefulness.

Harris believes the Wolcott Mill dam was built to deepen a watering hole. The cascading dam was originally built to enhance the landscape surrounding a development. “But the development never occurred and it actually failed,” said Harris. “It didn’t create flooding but it remained a barrier for fish heading upstream.”

Both dams were also old, with the one at Wolcott likely being as old as the mill itself, which was built by early settlers during the 1800s.

Trumble said Michigan’s overall ranking, as well as the overall condition if its dams, has much to do with the actual age of the infrastructure.

“A large portion of the state’s dams are reaching the end of their design life,” he said.

Despite that, he said the state fares very well in preparing for potential dam failures.

“We’ve been averaging about two small dam failures a year,” he said.

The department works with dam owners to develop plans for potential dam failures.

“We’re always trying to prevent that from happening, but be prepared if it does happen,” Trumble said.