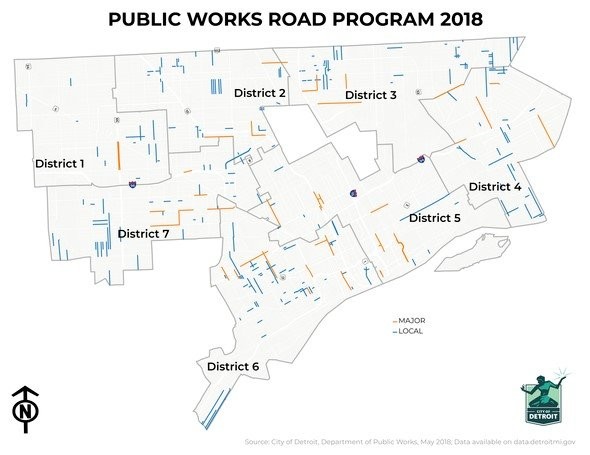 Mayor Mike Duggan announced the plan at his State of the City address in March, and the city on Wednesday said the work was underway.

About 58 miles of residential streets and 30 miles of major thoroughfares will be resurfaced, according to the mayor’s office. The project includes rehabbing the Bagley Street Bridge near 16th Street in Mexicantown and the West Parkway Culvert in Rouge Park for $3 million.

Much of the financing comes from bonds approved last year for the improvements.