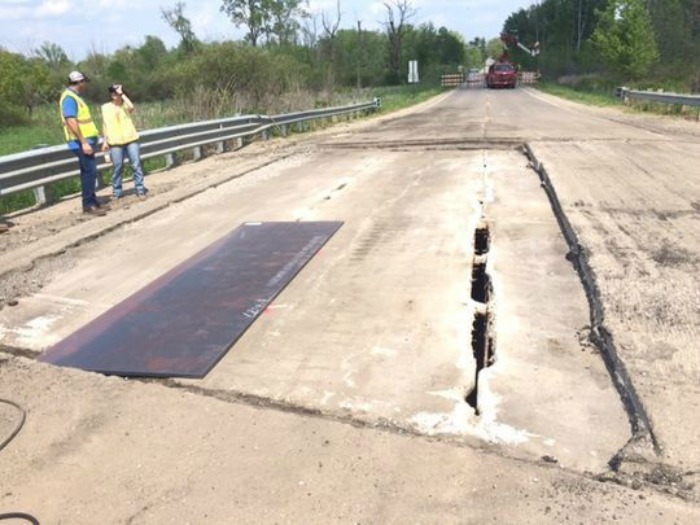 The number of structurally deficient bridges in Livingston County dropped after the Michigan Department of Transportation completely reconstructed the interchange between Interstate 96 and U.S. 23 near Brighton in a project that ended last year.

But no progress has been made in the last few years to improve less traveled local bridges that are in bad shape.

While none of the 69 heavily traveled bridges along state or U.S. highways in the county are currently structurally deficient, 17 of the county’s 91 local bridges, which see anywhere from 70 to 7,500 vehicles a day, are rated as deficient.

A bridge is classified as structurally deficient when at least one of the major elements of the bridge — its deck, superstructure or substructure — is in “poor” or worse condition, according to Federal Highway Administration standards.

A bridge inspector standing last May in the Shiawassee River under Mason Road west of Howell looked up and saw sky through holes in the bridge. The bridge was immediately closed for emergency repairs and then reopened for the over 3,000 motorists a day who traverse it. But it is still deemed to be deficient.

County road officials say the fixes were temporary and securing the estimated $927,000 in funding needed to completely replace the bridge is a top priority.