15 cars damaged by series of giant potholes on I-94 in St. Clair Shores 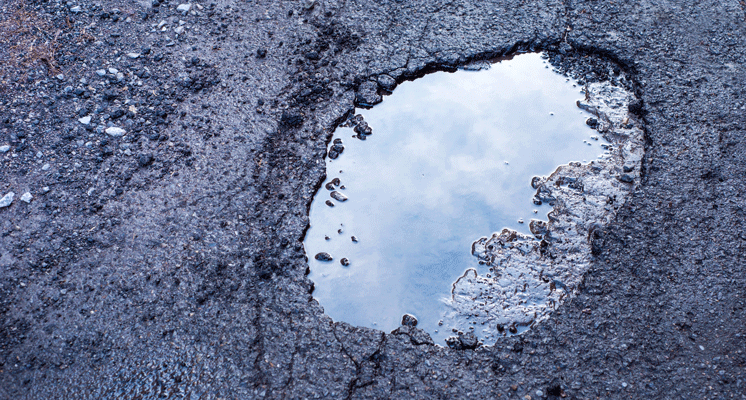 ST. CLAIR SHORES, Mich. – A pothole nightmare on I-94 ended with Michigan State Police troopers shutting down the ramp to the highway from 10 Mile Road.

There were 15 cars seriously damaged by the potholes littered on the side of the highway. It’s a dangerous mess, but nobody was injured.

Cars were lined up on the side of the highway while their drivers waited for a tow or attempted to fix tires. At the base of the 10 Mile Road ramp onto I-94 East, a series of giant, deep potholes opened up.

The potholes were filled with water because of Monday’s rain, so drivers couldn’t see what they were driving into until it was too late.

“It was the loudest noise I’ve ever heard in my life,” Myleiah Pizzurro said.

Pizzurro called police to report the line of cars, which weren’t drivable after hitting the potholes. She took a video of the scene: