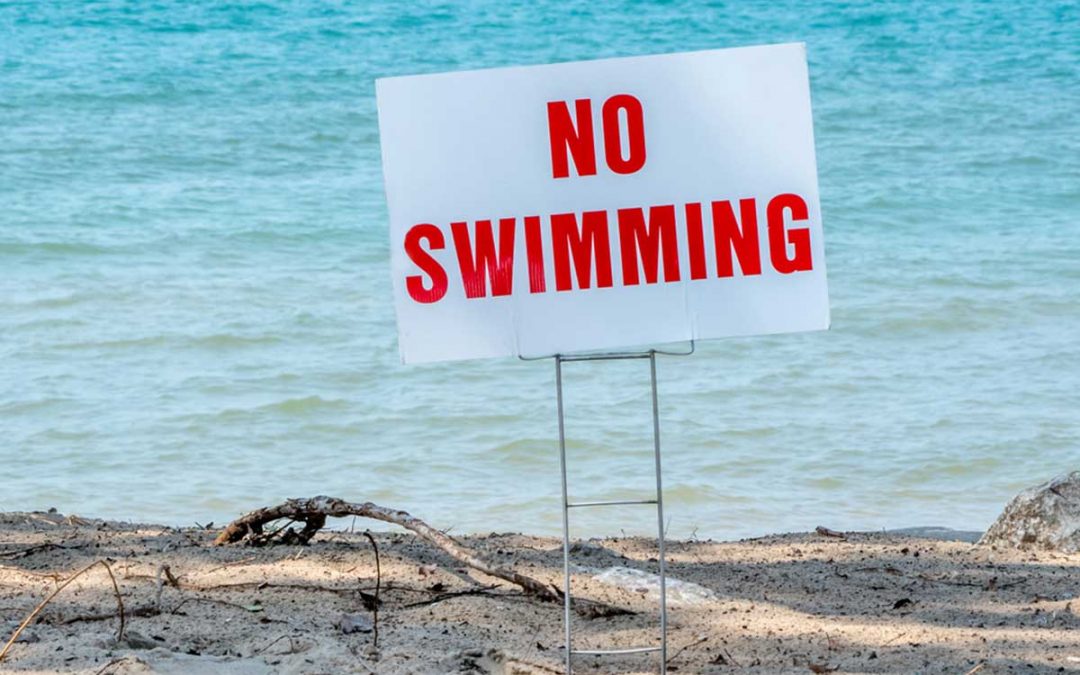 An unexplained spike in the bacteria count in the water of one inland lake beach, and a possible toxic algal bloom in a handful of spots in the Upper Peninsula. These are the reasons behind some of the 11 contamination advisories and closures at beaches across Michigan, according to the state’s reporting system.

Below is a list of the affected beaches and the reason for the closure or contamination advisory as of Sunday morning.

The notifications are made as part of the Michigan Department of Environment, Great Lakes and Energy’s Beach Guard system. Each beach’s status is subject to change as new test results come in, so check here if you want to see the latest update to the list.

The bulk of these advisories are linked to a possibly toxic algal bloom in the waters near Houghton County in the Upper Peninsula.

Investigation into this began on June 28, when the state received complaints of a possible bloom in Portage Lake. Samples were taken and sent to a state laboratory to be tested for toxins.

“At the time of the reports, the bloom was mainly around the west and southwest sides of the lake,” the Western Upper Peninsula Health Department said in a public notice about the testing. “However, the amount and location of algae and its toxins can change quickly. Everyone should be on the lookout for signs of the algae before entering the water or allowing pets in the lake.”

While blue-green algae bacteria is naturally-occurring and common in many lakes, when it blooms it can be toxic and dangerous to people and pets. Hot temperatures, sunlight and calm conditions can all combine to create an algae bloom.

Sometimes, you can spot a potential problem. Blue-green algae blooms can look like spilled green or blue-green paint on the water.

“The algal bloom will be tested for Anatoxin-a; this is one of the toxins that harmful algae blooms can produce,” the health department said. “The testing results will not be available until after the Fourth of July weekend. Until the results of this laboratory testing is available, people should assume the algal blooms may have toxins.”

Humans and pets can have health issues if these toxins are breathed in, swallowed or get on the skin. Symptoms and allergic reactions can appear within hours, or sometimes not for days.

Here is more detailed information from the health department:

Skin Contact: Skin contact with water containing cyanobacteria may cause irritation such as rashes, hives, or skin blisters. It may also cause runny eyes and noses or asthma-like symptoms. Thoroughly rinse off with fresh water if the skin comes into contact with an algal bloom.

Ingestion: Swallowing large amounts of water containing cyanotoxins while swimming, wading, or playing in the water may cause flu-like symptoms, gastrointestinal illness, or neurotoxic symptoms. These may include abdominal pain, vomiting, diarrhea, weakness, numbness, headaches, dizziness, or difficulty breathing. Swallowing large amounts of cyanotoxins can harm the liver or kidneys.

Water Activities: Recreational water sports like boating and jet skiing may create water spray into the air that can produce an aerosolized toxin (from tiny droplets in the air) if HABs are in the water. Breathing in this water may cause skin, eye, nose, or throat irritation.

Pets: Dogs are especially susceptible to blue-green algae and if they come in contact with lake water should be rinsed off as son as possible and monitored for illness. This toxin has been associated with dog deaths in other lakes.

Fishing: Cyanotoxins may build up in the meat of fish, such as the fillet, and especially in the guts or organs (liver, kidney, etc.). The amount of toxin found in fish depends on a number of factors, including how badly and for how long the cyanobacteria has been blooming in the area where the fish are caught. Following the Eat Safe Fish waterbody-specific guidelines, or Statewide Safe Fish Guidelines, and eating only the fillets (and not the guts) reduces the danger of eating fish from areas affected by HABs and from other chemicals that are regularly found in them. The guts should be thrown away and fillets should be rinsed with fresh water before cooking.