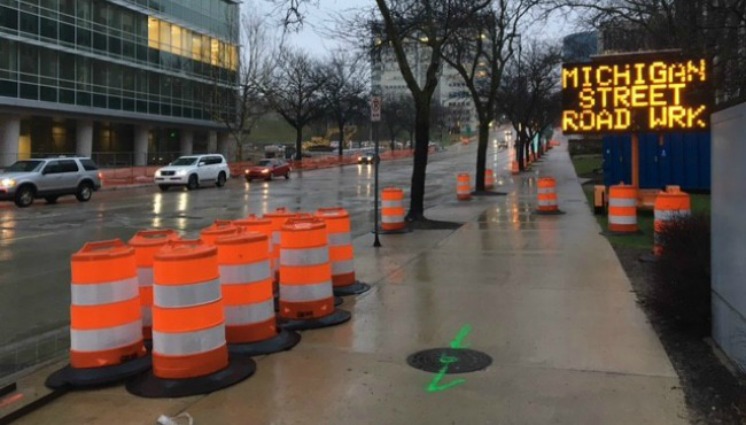 Exit and entrance ramps from eastbound and westbound I-196 to Ottawa Avenue were closed to accommodate construction, but are now all open as well.

The $1.7 million project to repair the street’s crumbling pavement and awkward lane assignments began on April 8. Pedestrians will also notice an improvement to the pathway through Grand Rapids’ Medical Mile, as landscaped islands have been added to make crossing easier.

Traffic flow is expected to improve with a couple of improvements that were included in the project.

I-196 ramps to Ottawa Avenue have gained traffic signals to allow the different movements to occur and a barrier preventing left turns onto Michigan Street from the eastbound Ottawa Avenue exit ramp has been removed.

Tens of thousands drive through the stretch every day, which hadn’t been rebuilt since 1995.